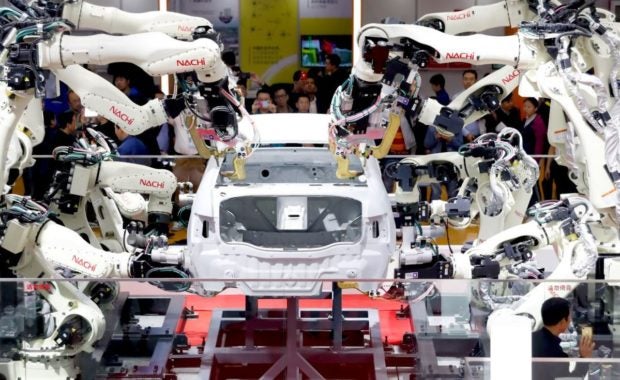 BEIJING — After burnishing its credentials as a hub for finance and shipping, Shanghai is looking to be a global destination for science and technology efforts by setting up specialized artificial intelligence hubs and stepping up smart manufacturing development.

Indications that the city is fast becoming a national and global highland for AI became evident after 20 tech giants like IBM, Microsoft, Alibaba and a research facility affiliated to Tongji University decided to set up shop in Shanghai’s AIsland, a dedicated hub in the Zhangjiang Science City in Shanghai’s Pudong New Area.

The 66,000-square-meter hub is the latest demonstration of a central government decision in May to launch the Shanghai National Pilot Area for the Innovative Development of New-Generation AI, the first of its kind nationwide.

“We hope these top-tier AI companies can lead the industrial application and innovation aggregation of AI and generate more transferable and duplicable experiences to other parts of the country.”

“The pilot zone should be a prototype mimicking what future cosmopolitan life should look like, “Han said, adding that the zone will feature the city’s first 5G+AI pilot zone and host over 8,000 research and development personnel.

Shanghai is dedicated to making AI and smart manufacturing two key pillars to drive its economy, of which 70 per cent comes from modern services.

To shore up growth in the real economy, Shanghai has pledged to build two world-class smart manufacturing industrial clusters focusing on automobile and electronics information, as the city strives to achieve 100 indigenous breakthroughs in core technologies by 2021.

The city’s Three-Year Plan on Smart Manufacturing, which was officially approved by the Shanghai Municipal Commission of Economy and Information on Tuesday, has put forward a goal to make intelligent manufacturing equipment a 130-billion-yuan ($18.9 billion) industry, recording a compound annual growth rate of 15 percent.

Among them, robotics and related systems are expected to account for 60 billion yuan, ranking first nationwide.

The commission, which is responsible for the plan’s implementation, said it will prioritize the nurturing of a batch of unicorn firms and “hidden champion” companies on critical equipment and core components.

These include fostering 10 listed companies on the country’s technology-focused board, the STAR Market, leading the formulation of over 50 standards on smart manufacturing, as well as nurturing the establishment of two to three national and three to five public service platforms of industrial influence.

It will promote the adoption of 5G communications, AI and big data in the application of smart manufacturing. It is also eyeing to create industrial synergies across the Yangtze River Delta Region.

On the implementation front, the municipality has vowed to establish 100 national level pilot smart factories, 1,000 pilot plants that received mutual recognition among the Yangtze Delta Region, and promote the intelligent transformation of 10,000 factories.