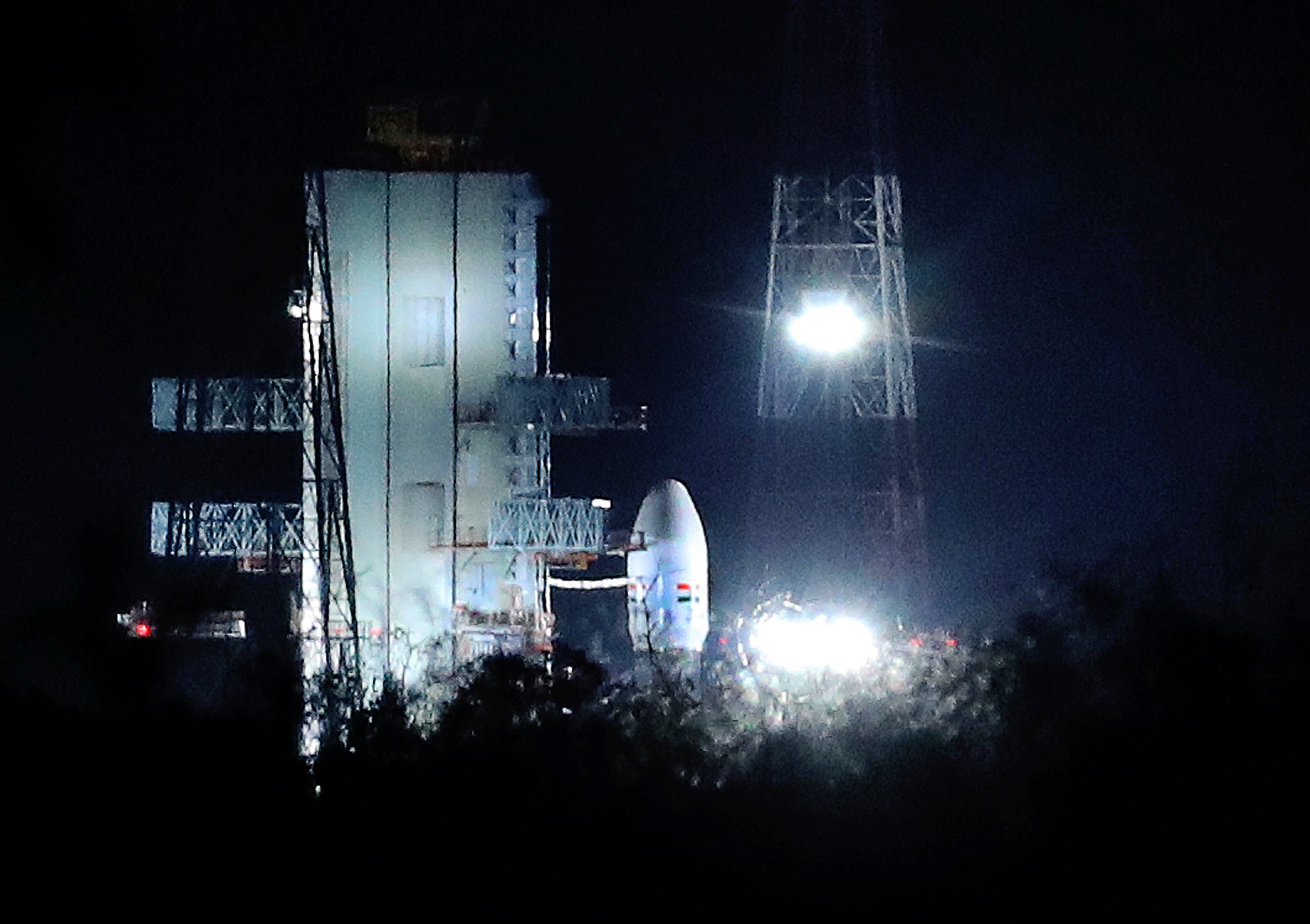 Indian Space Research Organization (ISRO)’s Geosynchronous Satellite launch Vehicle (GSLV) MkIII carrying Chandrayaan-2 stands at Satish Dhawan Space Center after the mission was aborted at the last minute at Sriharikota, in southern India, Monday, July 15, 2019. India has called off the launch of a moon mission to explore the lunar south pole. The Chandrayaan-2 mission was aborted less than an hour before takeoff on Monday. An Indian Space Research Organization spokesman says a “technical snag” was observed in the 640-ton launch-vehicle system. (AP Photo/Manish Swarup)

SRIHARIKOTA, India — India is ready to launch a rocket to the far side of the moon a week after aborting the mission due to a technical problem.

The Indian Space Research Organization (ISRO) said Monday that fueling the 640-ton rocket launcher with liquid oxygen had begun in preparation for the Chandrayaan-2 mission liftoff scheduled for 2:43 p.m., a day after scientists celebrated the 50th anniversary of the Apollo 11 mission that put American astronauts on the moon.

Chandrayaan, the Sanskrit word for “moon craft,” is designed to land on the lunar south pole and send a rover to explore water deposits that were confirmed by a previous mission that orbited the moon.

India’s launch a week ago was called off less than an hour before liftoff due to a “technical snag.”

Indian media reports said the launch was aborted after ISRO scientists identified a leak while filling helium in the cryogenic engine of the rocket. ISRO neither confirmed nor denied the reports, saying instead that the problem had been identified and corrected.

The spacecraft carries an orbiter, a lander and a rover which will move around on the lunar surface for 14 earth days. It will take around 47 days to travel and land on the moon in September.

India’s Chandrayaan-1 mission orbited the moon in 2008 and helped confirm the presence of water.

India plans to send its first manned spaceflight by 2022. /kga