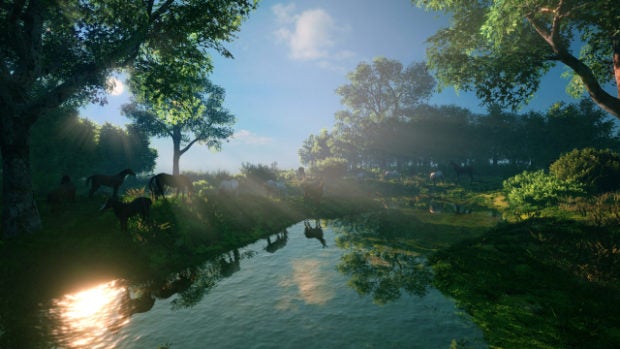 While the VR kit is top of Steam’s weekly chart (issued on Sundays), it is also 36 times more expensive than the PC edition of PlayerUnknown’s Battlegrounds (PUBG), the next best-selling game on this revenue-derived ranking.

Scenic, retro-inspired role-playing adventure “Octopath Traveler” was originally released for the Nintendo Switch this time last year, but has been selling well on PC since its platform debut on July 7, 2019, climbing up to Steam’s fifth place now that the annual summer sale is ending.

While the upper end of the Steam charts remained largely unchanged from the week before, this week sees the release of two entries to the robust, alternate history “Wolfenstein” shooter franchise.

“Wolfenstein: Youngblood” picks up 20 years on from “Wolfenstein II: The New Colossus” and features the non-identical twin daughters of the previous game’s lead characters, battling their way through an occupied Paris.

“Wolfenstein: Cyberpilot” is likewise set during the same era as “Youngblood” but instead features a different character — a French hacker — and has been developed for VR setups.

VR titles drove much of the Humble Store’s sale after a weekend special, with “Skyrim”, “Fallout 4”, and “Budget Cuts” all intended for head-mounted devices, while card game combat challenge “Slay the Spire” and laid-back farming and life simulation “Stardew Valley” also benefited from short-term discounts.

Interest in VR likewise propelled 3D VR NES emulator “3dSenVR” to the top of the Itchio chart, where zen-like landscape arrangement plaything “FlowScape” was the site’s second-placed title in the New and Popular chart. It is also Itch’s current second-best-selling title overall, behind only the alpha package for strategy game “Voxel Tycoon”.