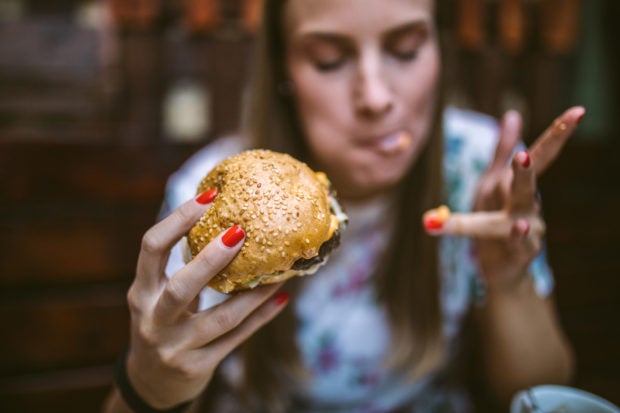 Despite the rising trend of plant-based and vegetarian diets, it will still take a long time for many of us to stop eating meat according to new research. Image: iStock/miodrag ignjatovic via AFP Relaxnews

An Australian survey has revealed that although attitudes towards meat are changing, it could still be a long time before we ditch hamburgers for plant-based alternatives.

Carried out by food marketing expert Ellen Goddard at the University of Alberta, Canada, along with researchers from the University of Adelaide, Australia, the survey asked a nationally-representative sample of 287 Australian meat-eaters about their levels of willingness to make changes to their protein consumption.

In particular, participants were asked how willing they would be to reduce their meat consumption, to follow a meat-free diet most of the time, to avoid meat altogether, or to follow a strict plant-based with no animal products at all.

The findings, published in the journal Appetite, showed that participants had “varying levels of willingness to make changes to their protein consumption.”

More specifically, nearly half of those surveyed (46%) were unwilling to make changes to how much meat they eat, while 22% said they would be willing to reduce their meat consumption, but not go meat-free most of the time.

Only 15% said they would be willing to go meat-free, and the remaining 17% were undecided.

The findings come as plant-based protein alternatives like Beyond Meat hamburgers are surging in popularity, and popping up on the menus of big-name restaurants and fast food outlets. However, despite many people reducing their meat intake to benefit their health and the environment, the findings suggest that changing meat-eating habits could be a longer and slower process than first thought.

“The new products are not being developed for vegans or vegetarians, they are already convinced,” Goddard explained. “The products are important to encourage the rest of us to try, and perhaps like meat-free meals.”

“One of the things we found in our study was that committed meat-eaters often considered food choices in vegetarian or vegan diets to be inadequate and unpalatable, so these products might help change that perception.”

Goddard noted that the results, plus unpublished data that she has from a Canadian survey which shows similar findings, suggest that it could take years before the majority of us change our attitudes to meat.

Sven Anders, a University of Alberta food economist who was not involved in the study, commented that he is unsurprised by the findings.

“There is a very large body of economic and social science research that shows food choices are driven by habits established over our lifetime,” he explained. “What a person ate growing up will be one of the biggest determinants of an adult’s diet, and changing these habits takes time.” HM/NVG

Meat from a lab? Startups cook up alternative to slaughter