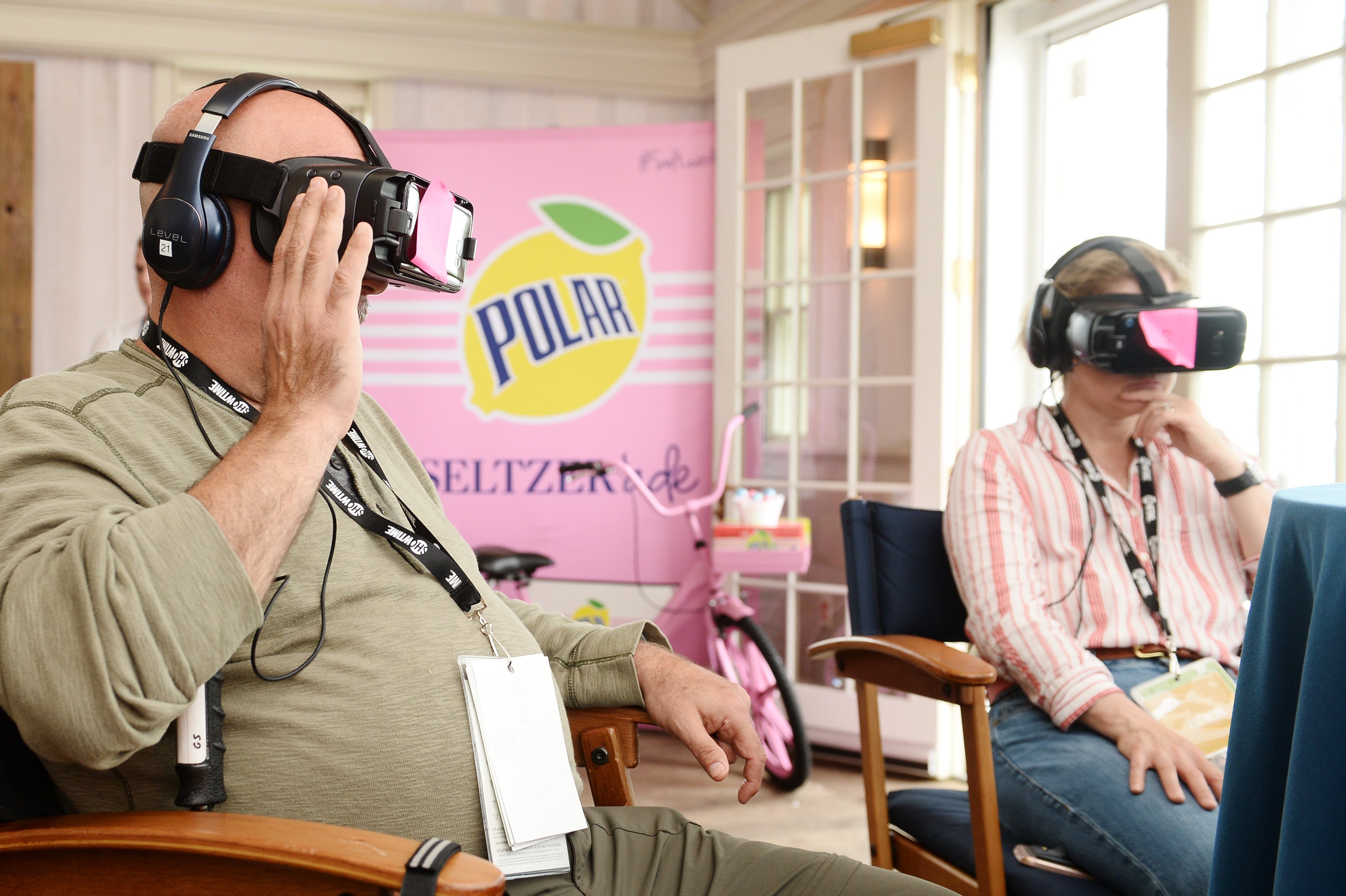 MIAMI — Nidia Silva had never realized her dream of swimming with dolphins until a Miami NGO gave her a pair of virtual reality glasses as part of an experimental treatment for depression and isolation in senior citizens.

“You’re in a world you don’t know, but it’s very beautiful and very important for me to see,” 78-year-old Silva said after taking off the virtual reality (VR) goggles.

She was sitting in Domino Park in Miami’s Little Havana neighborhood. It’s a popular spot for Cuban residents — especially older ones — to meet daily and play dominoes.

“I’m very excited,” said Silva, who felt like she had been swimming in the water around Cuba, from which she emigrated 19 years ago.

Around her, the clacking of dominoes and lively conversations sounded loud in Florida’s dense, sticky heat, but she paid it no mind.

Less accustomed to the climate was Alexandra Ivanovitch, who offered Silva the chance to try VR goggles.

Ivanovitch, who is French, was giving a VR demonstration to Cuban retirees, transporting them to the Malecon in Havana, to outer space, to the ocean floor or the tops of mountains.

Her project, called “VR Genie,” is designed to counteract the “loneliness and social isolation” that often affects the elderly, especially those who live alone or in nursing homes where there are few activities.

Through VR, seniors can go places they’ve never been and check destinations off their bucket lists.

VR Genie, which is run by the nonprofit organization Equality Lab, is funded by Miami-Dade County’s Mayor’s Age Friendly Initiative through a mini grant. The goal is to provide nursing homes with VR helmets as soon as Ivanovitch, 35, compiles a more extensive “dream library.”

“We are really trying to reconnect them with the world,” said Ivanovitch.

Many of the seniors she works with are no longer physically or financially able to travel on their own.

“Basically, we bring the world to them,” she said.

“We know that things like guided imagery and meditation can be very beneficial for cognition and things of that nature, and we also know that direct behavioral interventions can be very helpful for individuals as well,” said Aldrich Chan, a neuropsychologist and research associate at the University of Miami.

According to Chan, VR hits the sweet spot between the two courses of action, making its use for elderly care “really interesting research.”

Chan, who also consults for Equality Lab, is responsible for quantifying the potential effects of VR use in caring for seniors, particularly the effects of virtually granting final wishes.

A team from the University of California, Los Angeles, studies the use of VR to treat anhedonia, a symptom of depression that creates an inability to experience pleasure or interest in a range of activities.

Psychiatric researcher Michelle Craske and her team are focused on providing patients with positive experiences, such as those produced by VR, and meditation in order to treat anhedonia and increase well-being.

“Most treatments, up until now, have done an OK job at reducing negative (symptoms of depression), but a very poor job at helping patients become more positive,” Craske told the scientific journal STAT in April.

According to a study Craske published earlier this year in the Journal of Consulting and Clinical Psychology, people who participated in the positive experience treatment reported lower levels of depression, anxiety and stress than those who participated in standard treatment, which focuses on addressing negative symptoms.

With her goggles still on, Silva moved her hand gently through the air, caressing non-existent dolphins.

“It takes you to another world, it really calms you down,” she said.