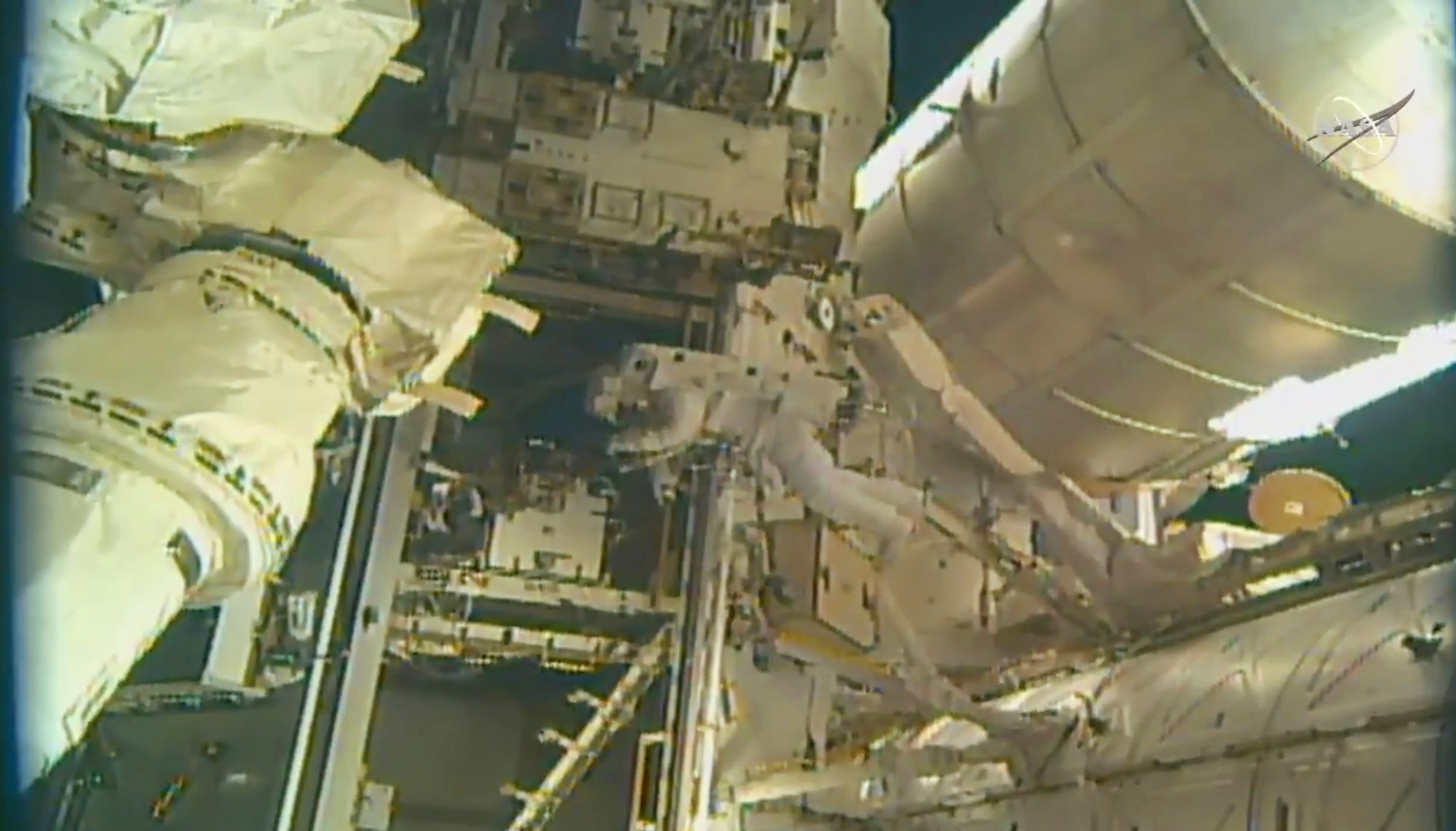 This photo provided by NASA, astronauts Andrew Morgan and Nick Hague (not seen) begin to install a docking port delivered by SpaceX last month outside the International Space Station on Wednesday, Aug. 21, 2019. The port will be used by SpaceX and Boeing once they start launching astronauts to the orbiting lab late this year or early next year. (NASA via AP)

NASA astronauts Nick Hague and Andrew Morgan successfully installed a docking port delivered by SpaceX last month. It will be used by SpaceX and Boeing once they start launching astronauts to the orbiting lab late this year or early next year.

The two had to wrestle with old, stiff cables in order to get power and data flowing to the port. They also attached reflectors for navigation.

“Really well done … You gave us a brand new docking port for our next-generation spacecraft,” Mission Control radioed as the 6 ½-hour spacewalk ended.

This is the station’s second docking port for commercial crew capsules. The first was attached three years ago. The newest port was a replacement for one that was destroyed during a SpaceX launch accident in 2015.

Ever since its space shuttles retired in 2011, NASA has been limited to Russian rockets for getting astronauts to the space station. While U.S. companies have been delivering supplies since 2012, crew flights from Cape Canaveral remain on hold.

SpaceX launched its first crew Dragon capsule with no one aboard in March. The capsule was destroyed the following month during an engine test in Florida. Despite the setback, SpaceX still aims to squeeze in its first test flight with astronauts by year’s end.

Boeing intends to launch its Starliner capsule without a crew this fall, followed by a test flight with a crew sometime early next year.

It was the third spacewalk for Hague and the first for Morgan, an Army doctor who moved into the station a month ago.

“Docs rock,” Mission Control radioed to Morgan as the work got underway.

“I heard she was busy in the kitchen yesterday,” Hague said. “I hope everyone enjoys it. I’m jealous.”

“Well,” replied Mission Control, “we have a certain jealousy of what you guys are doing as well, so I’d say it’s an even trade.”  /muf