New American research has found that despite the common belief that technology is bad for mental health, spending time on smartphones and other devices may not be a factor in teenage depression after all.

Carried out by researchers at the University of California, Irvine, the University of North Carolina at Greensboro, Purdue University and Pennsylvania State University, the new study looked at 388 adolescents aged 10 to 15, and measured their digital technology use to evaluate whether it was linked with mental health symptoms during early to mid-adolescence. 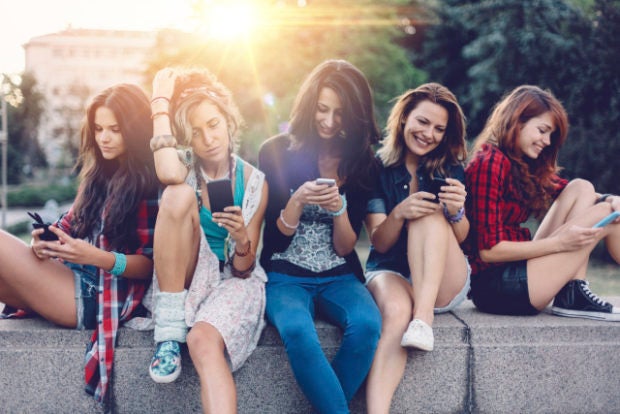 The researchers tracked the teens and their smartphone use multiple times a day for two weeks, and asked the teenagers to self-report on their mental health symptoms three times a day.

The findings, published in the journal Clinical Psychological Science, showed that the teenagers who used digital technologies more often were no more likely to experience mental health symptoms later on than those who engaged with technology less often.

The teenagers reported mental health was also no worse on the days when they reported spending more time on technology. The team found that even the adolescents at higher risk for mental health problems showed no signs of increased risk of symptoms on days where they used technology more.

In fact, when any associations were found between technology use and mental health symptoms, they were minor and in the opposite direction than expected. For example, the teens who reported sending more text messages during the study actually reported feeling less depressed than those who did not text as much.

“It may be time for adults to stop arguing over whether smartphones and social media are good or bad for teens’ mental health and start figuring out ways to best support them in both their offline and online lives,” said researcher Candice Odgers.

“Contrary to the common belief that smartphones and social media are damaging adolescents’ mental health, we don’t see much support for the idea that time spent on phones and online is associated with increased risk for mental health problems,” added co-author Michaeline Jensen. RGA/JB