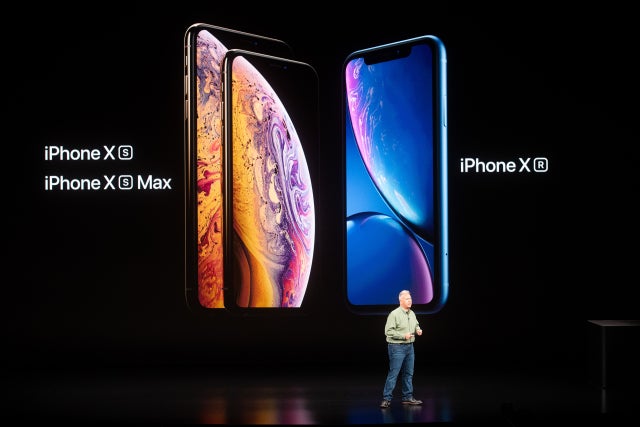 Apple sent out invitations on Thursday, Aug. 29 to a September 10 event at its Silicon Valley campus where it is expected to unveil a new-generation iPhone.

In its trademark, tight-lipped style, Apple disclosed little about what it plans to spotlight in the Steve Jobs Theater at its headquarters in the city of Cupertino.

For years now, Apple has hosted events in the fall to launch new iPhone models ahead of the Christmas holiday shopping season.

Introduction of “iPhone 11” handsets would come as the global smartphone market tightens and Apple makes a priority of selling digital content and services to fans of its hardware.

New iPhones are expected to boast improvements including ramped-up processing power and camera capabilities, but no radical changes or offerings for super-speedy 5G telecom networks that are starting to take shape.

Long the driver of Apple’s money-making machine, iPhone revenue overall was down 12% from last year to $26 billion.

The premium smartphone market has grown fiercely competitive and overall sales have cooled as a lack of stunning innovation has caused people to wait longer before upgrading to new models.

Rivals in the premium smartphone market also field champions to fight for market share during the prime shopping season.

Samsung recently introduced a new-generation Galaxy Note large-screen handset starting at $950 and said it will work closer with Microsoft so that services function better across its array of devices.

Apple lost more ground in the shrinking smartphone market last quarter, with a sales tracker saying the tech giant was pushed off the top-three seller list by a Chinese rival.

Apple fell to fourth place in global smartphone sales, shipping 35.3 million iPhones in the second quarter compared to the 36.2 million units shipped by Oppo, according to a report from IHS Markit this week.

Other smartphone market trackers such as Counterpoint Research and International Data Corporation concluded that while iPhone shipments sank in the second quarter, Apple remained in third place what it came to global shipments. NVG

TOPICS: Apple, iPhone, iPhone 11, Smartphone
Read Next
Gmail will now warn users when an email recipient is out of the office
EDITORS' PICK
IATF: Food firms to operate with 50% of workforce during Luzon quarantine
DILG to stranded workers: ‘Stay where you are’ until Luzon-wide quarantine is over
BREAKING: 1,075 people in PH has coronavirus disease – DOH
Cebu City closes its borders
Style and music journeys with Claudia Barretto
UP-PGH wards for COVID-19 patients finished in 5 days
MOST READ
Pacquiao to seek probe on leaked private letter from Barangay Dasmariñas
No more bread? Company forced to limit production
BREAKING: 1,075 people in PH has coronavirus disease – DOH
Locsin blasts DOH for blocking entry of Chinese doctors
Don't miss out on the latest news and information.