A recent study shows that maintaining relationships with peers and adult personnel at school leads to fewer suicidal thoughts and suicide attempts among high school students. 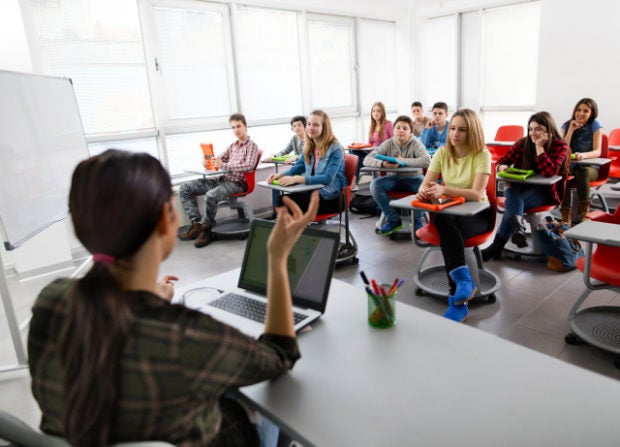 Participants of the study, which was published in the Journal of Child Psychology and Psychiatry, were invited to name seven people who they considered their closest friends at school. They were then asked to mention seven adults there such as teachers and counselors, whom they trusted most to discuss their problems with.

The gap between the students who declared being able to confide in at least one adult at their high school and those who could not proved to be large: 8.3% for the high school which was scored the lowest, 53.4% for that scoring highest.

The results showed that the students who had few friends and were not part of a group were more susceptible to suicidal thoughts and were more likely to attempt suicide than others. While these initial conclusions seem unsurprising, they are actually similar to those made when relationships between students and adults were taken into account.

An increase of 20% in suicide attempts was observed in high schools where 10% of the students felt isolated from adults. Inversely, there were fewer suicide attempts in schools where students and their close friends share close relationships with the same adult, and where a smaller number of “trustworthy” adults were named by a larger proportion of students.

In light of these results, the researchers encourage the development of student groups at school institutions aimed at promoting positive social behaviors and the inclusion of trained adults in these groups to interact with and help students in case of need.

In the United States, suicide is the second leading cause of death in young people aged from 10 to 18. On the occasion of International Suicide Prevention Day yesterday, Sept. 10, associations called to break the silence around the subject of suicide and to dedicate more resources to helping young people in distress. RGA/JB

On World Suicide Prevention Day, CHR says there are people willing to listen

ADVERTISEMENT
TOPICS: high school, Psychology, students, Suicide, United States, World Suicide Prevention Day
Read Next
FDA asks hospitals to report injuries, illnesses related to e-cigarette
EDITORS' PICK
Mandaluyong fire put under control hours after it started
Leveling up your ‘lutong bahay’ with the kitchen companion you never knew you needed
Bato de la Rosa, Risa Hontiveros back bill increasing female recruitment quota in PNP
Quarantine violations still punishable despite deleted provisions in ‘Bayanihan 2’ – Bato dela Rosa
Someone from the Philippines can become $356 Million richer this Tuesday
Cherry Mobile teams up with Cloud Panda PH, launches online store
MOST READ
‘If I had not been SolGen, I will make you eat your words,’ Calida tells Coco Martin
5 car dealership outlets shutting down
51 percent of German firms holding back investments in PH, but not because of COVID-19
Senate OKs bill authorizing president to postpone opening of classes beyond August
Don't miss out on the latest news and information.