Singapore likely to profit most from 5G in region—report 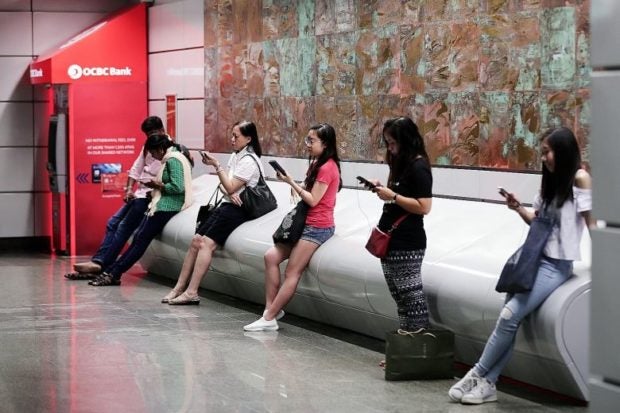 One of the reasons why Singapore telcos are more likely to capture maximum value from 5G compared with their regional peers is that consumers here are tech-savvy and willing to pay more for enhanced experiences, says A.T. Kearney partner Nikolai Dobberstein, a lead author of the report. The Straits Times/Asia News Network/KELVIN CHNG

SINGAPORE — An industry report has concluded that Singapore is best placed among all South-east Asian nations to capitalize on the new revenue opportunities generated by fifth-generation (5G) mobile technology.

The report by multinational technology company Cisco and consulting firm A.T. Kearney also noted that the revenues of Singapore telcos could, as a result, increase by up to US$510 million (S$704 million) by 2025.

Consumer 5G mobile subscriptions are expected to account for up to US$240 million, while business-to-business or enterprise users could add another US$220 million with 5G aiding the adoption of emerging technology, such as artificial intelligence, robotics and the Internet of Things. The remaining US$50 million is expected from firms that use the enhanced 5G connectivity to provide services to other businesses or consumers.

Cisco president for Asean Naveen Menon said in a statement yesterday: “Successful adoption of emerging technologies like artificial intelligence is largely dependent on the underlying connectivity.

“5G provides a huge opportunity for telecoms operators to increase their presence in the enterprise market and sustain their long-term growth.”

The report combined market research on future technological developments and data on existing trends to make its projections.

For example, the number of country-specific consumer mobile subscriptions was estimated using the current and expected penetration of cellular network technology, the expected take-off year for 5G and the historical uptake of 4G.

“Telcos in Singapore are relatively more advanced in terms of their mobile and enterprise capabilities, and there is a big push for the digitalisation of enterprises in the country,” he noted. “At the same time, consumers in the country are tech-savvy and willing to pay more for enhanced experiences.”

The introduction of 5G could add up to US$6 billion in revenue for telcos across South-east Asia by 2025, but telcos are likely to capture only about 60 per cent of this figure, with the report identifying five challenges.

Mr Dobberstein singled out two in particular for Singapore telcos.

Operators need to work with businesses to identify their needs and develop 5G solutions for them. “This is a big change from the way telcos have traditionally operated,” he said.

“On the consumer front, telcos could also embark on a price war in the hope that they can charge more at a later stage. It is critical they avoid it.”

At least two 5G networks will be rolled out in Singapore by next year.

The Infocomm Media Development Authority called for telcos to submit deployment proposals in May, and will assign 5G airwaves to the top two submissions.