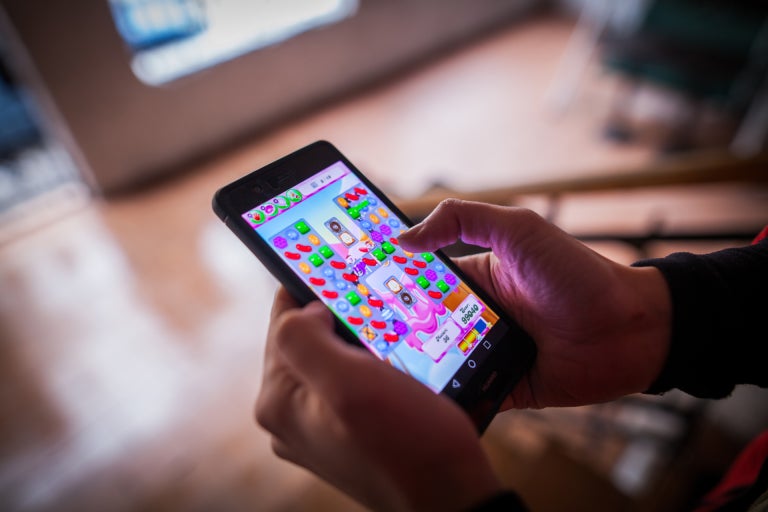 A new study suggests that games on mobile phones may be useful in the detection of signs of cognitive decline.

Popular smartphone games such as “Tetris” or “Candy Crush” require reactivity, visuo-spatial skills, and multiple hand gestures. These gestures, according to a new study carried out by British researchers at the University of Kent, are directly linked to cerebral function.

For this research, which was presented on Sept. 12 at the international Ubicomp 2019 conference, the researchers assessed 21 participants’ cognitive abilities with a standard written test, and then with several 10-minute sessions of playing “Tetris”, “Candy Crush Saga” and “Fruit Ninja” in two distinct periods 15 days apart. These three games were chosen because they are easy to learn and engaging, and require numerous finger movements.

Using sensors built into the phones, the researchers were able to establish a link between the rotation movements and the cognitive performance levels of the volunteers, particularly their ability to concentrate, memorize, and carry out visual and visuo-spatial search tasks.

Detecting cognitive changes in Alzheimer’s patients or in athletes

According to the researchers, doctors could use these games to detect the changes in motor capacity frequently observed in patients with Alzheimer’s disease, stroke, schizophrenia or obsessive-compulsive disorder.

“We are very encouraged by the results of our study and have since collected data from patients who showed signs of brain damage. This additional analysis reinforced the conclusions of our original research. We’re now working to design an algorithm which can carry out automatic monitoring of individuals’ cognitive performance while playing these games,” said Dr. Chee Siang Ang, the study’s principal author.

According to Dr. Ang, these tools could also be used with athletes at risk for traumatic brain injuries such as boxers and rugby and soccer players. JB