Tinder has a choose-your-own-adventure series in the works 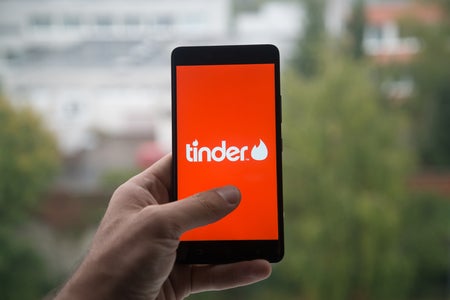 Tinder recently wrapped production on an original TV series, which will debut shortly on the dating app, as per Variety.

Set against a looming apocalypse, the series asks the question, “Who would you spend your last night alive with?”

The show will upload directly to the Tinder app, and will use the app’s signature swiping feature as part of a choose-your-own-adventure style narrative. Users will be able to swipe right or left, similar to the app’s gestures to approve or reject a potential match, depending on how they want the story to progress.

The untitled six-episode show was shot to be viewed vertically on a smartphone.

Production on the series wrapped in Mexico City at the end of August; the project is helmed by music video director and actress Karena Evans, who has previously directed music videos for rapper Drake, including “In My Feelings” and “Nice For What”.

This is the app’s first attempt at producing and distributing original content. Last October, it launched a lifestyle website called Swipe Life with original content including articles and videos about relationships.

While the show will first air on Tinder, Variety‘s sources said that it might later appear on a streaming platform as well.

Netflix has also recently made a foray into the choose-your-own-adventure format, with 2018’s hugely successful “Black Mirror: Bandersnatch”. JB