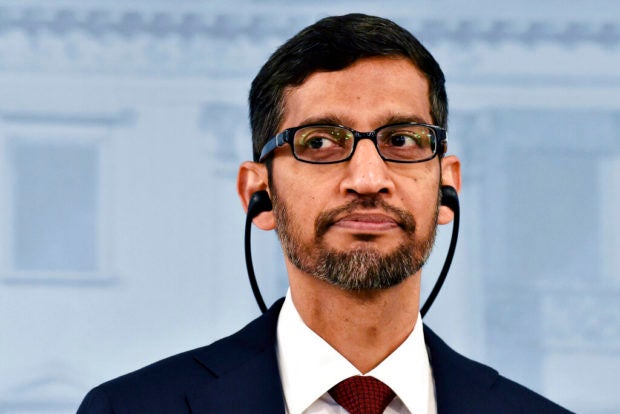 COPENHAGEN, Denmark — Google’s top boss said Friday the tech giant is planning to invest 3 billion euros to expand its data centers across Europe in the next two years.

Chief executive Sundar Pichai says it will bring the company’s total investments in the continent’s internet infrastructure to 15 billion euros since 2007.

Pichai met with Finnish Prime Minister Antii Rinne on Friday in Helsinki and said the investments will support 13,000 full-time jobs in the European Union every year.

He also noted that Google is investing heavily in renewable energy, an initiative announced ahead of global rallies calling for action to guard against climate change. Employees at Google and other big U.S. tech companies such as Amazon and Microsoft planned to participate in the “global climate strike” Friday.

The Google project will include the construction of more than 1 billion euros in new energy infrastructure in the EU, among them a new offshore wind project in Belgium, five solar energy projects in Denmark, and two wind energy projects in each Sweden and Finland. There are also projects in the U.S. and South America.

Pichai said that once these projects come online, Google’s carbon-free energy portfolio will produce more electricity than places like Washington D.C. or entire countries like Lithuania or Uruguay use each year.