Why you don’t need a 5G phone just yet 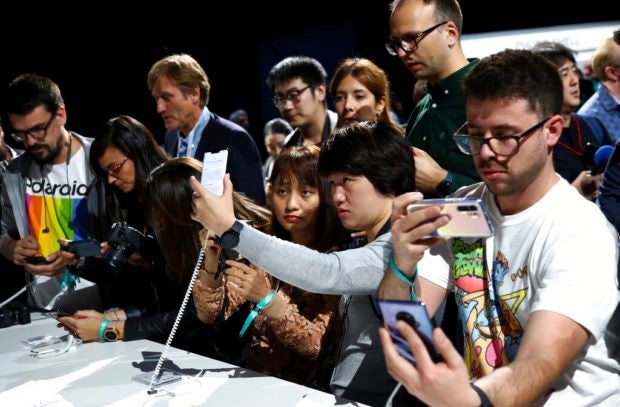 NEW YORK — No 5G iPhone? No problem. You probably don’t want one anyway.

For most people, it’s smart to stick with a smartphone that isn’t compatible with speedier 5G wireless networks, which are just starting to roll out. That’s the case even if you think you’ll be hanging on to your next phone for a few years.

Not only are the first-generation 5G phones expensive, their antennas and modems typically work only with particular 5G networks owned by specific mobile carriers. That could limit your options if you’re trying to get the faster speeds while roaming overseas or on a rival company’s network — or if you decide to switch providers later.

Experts say second-generation phones in the coming year will address those and other shortcomings. The research firm IDC, calling 2019 “an introductory year at best,” expects 5G phones to make up 9% of worldwide shipments next year and 28% in 2023.

Samsung, Motorola, LG and OnePlus already make 5G phones that use Google’s Android system. Huawei announced one Thursday, though it’s missing popular Google apps because of a U.S. ban on tech exports to the Chinese company.

Although 5G phones are a niche product, IHS Markit said phone makers haven’t been able to keep up with surprisingly strong demand, especially in South Korea.

Samsung said it has sold 2 million 5G phones worldwide since April and expects to double that by the end of the year. Motorola said it has seen “tremendous engagement and excitement” from customers.

But Motorola said such first-generation products primarily suit early adopters who need to be first on the block.

The price of 5G

The speedy wireless technology can add a few hundred dollars to phone price tags. For instance, Samsung’s standard Galaxy S10 phone costs $900; the 5G model costs $1,300, though Samsung said it also showcases the company’s best features, including a larger screen and a better camera. For Motorola, 5G comes as a $350 option for the existing Moto Z series phones.

“This territory is reserved for the leading-edge type of consumer, those willing to sacrifice a bit more money up front to be first,” said Wayne Lam, an analyst at IHS Markit. “Longer term is where the smart money is.”

The price gap is expected to narrow and eventually disappear as 5G becomes a standard feature, Geoff Blaber of CCS Insight said.

Even as phone companies make big claims about revolutionary new applications, 5G coverage is limited to certain neighborhoods in a handful of cities. While 5G phones can still connect over existing 4G LTE networks, “are you willing to spend extra for something you might not see consistently until 2021?” IHS Markit analyst Josh Builta asks.

5G is actually a set of wireless technologies using different parts of the airwaves. Each wireless carrier emphasizes a different flavor of 5G, and each one is selling 5G phones designed specifically for its network.

Wireless networks have a history of Balkanization, although it tends to sort itself out. Verizon and Sprint have been using a wireless technology called CDMA, while AT&T and T-Mobile use an incompatible version called GSM. Early on, phone makers produced separate CDMA and GSM models. But as technology advanced, they were able to pack all the necessary antennas and components into universal phones.

Similar all-in-one 5G phones should be fairly common by next year, experts say.

In fact, T-Mobile CEO John Legere suggested the company is holding back on 5G network expansions until compatible phones come out later this year. T-Mobile’s current 5G phones only work with parts of its planned 5G network. Sprint, which T-Mobile is in the process of acquiring, said first-generation phones are intended to show off 5G benefits to those who live or spend a lot of time in the company’s nine 5G markets. 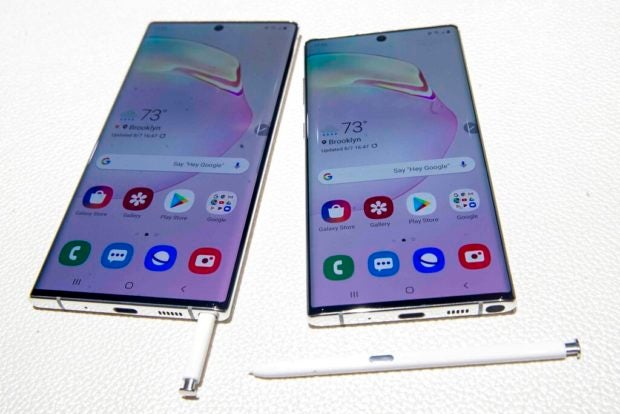 Verizon didn’t return messages. AT&T isn’t offering 5G to consumers yet, although it has rebranded some existing 4G service as “5G E.”

TO WAIT OR NOT TO WAIT

If you can squeeze another year or two out of your current phone, there will be plenty of 5G phones to choose from — including iPhones — by the time you’re ready to upgrade.

But it’s OK to buy a new, pre-5G phone now if you can’t wait. You can always trade that in for a 5G model later. Even if you stick with 4G, experts say you’ll still see speed bump there as phone companies install new equipment.

And IDC is expecting deals on 4G phones to clear shelves for upcoming 5G models.