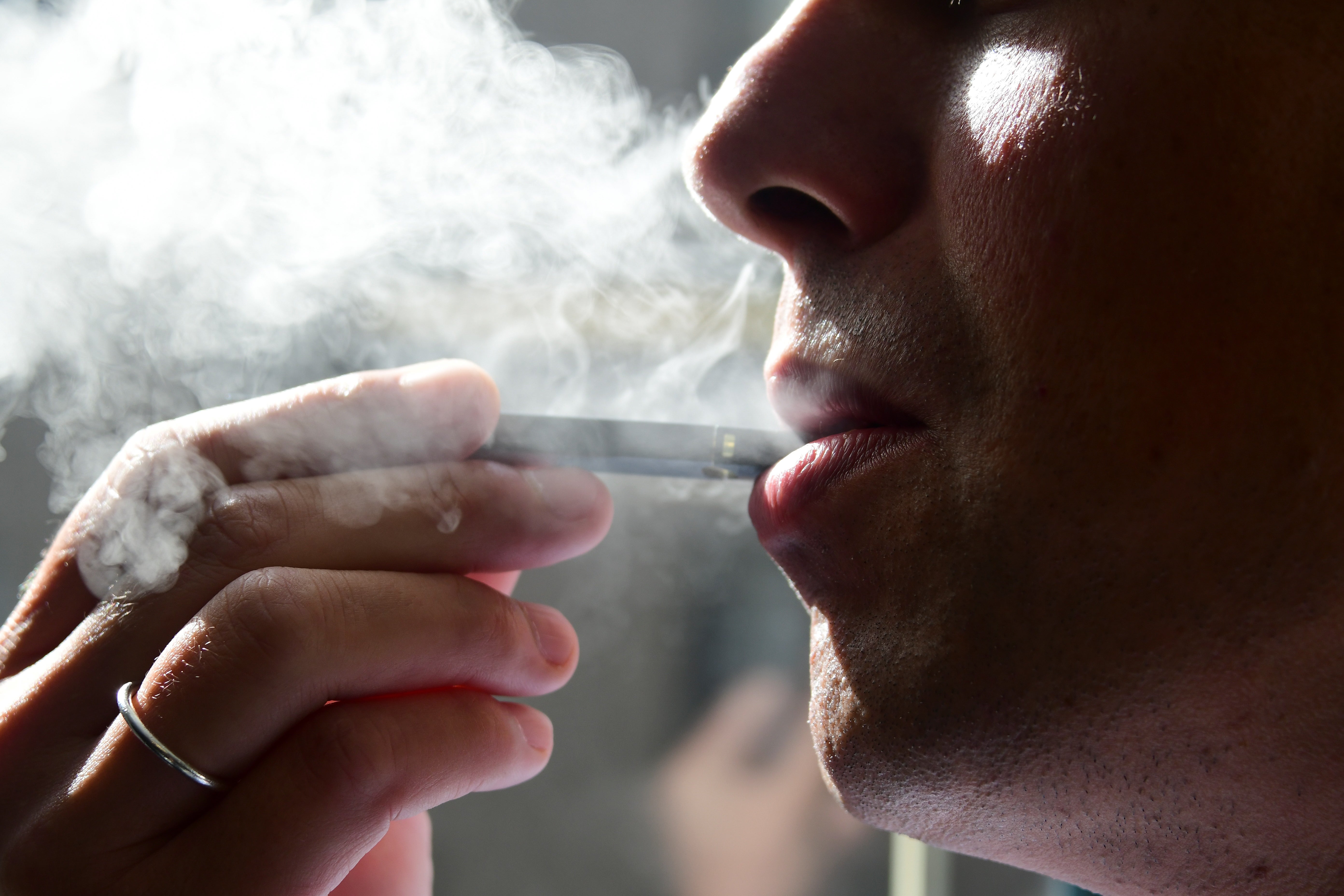 (FILES) In this file photo taken on October 02, 2018 a man is seen exhaling smoke from an electronic cigarette in Washington, DC. – The number of patients suffering from probable lung injury cases associated with e-cigarette use has surged to 1,080, US health authorities said Thursday, while the death toll from the outbreak now stands at 18. (Photo by EVA HAMBACH / AFP)

WASHINGTON — Eighteen people have died from illnesses associated with e-cigarette use since March, US health authorities said Thursday, while more than a thousand others have suffered probable lung injuries linked to vaping.

Officials have yet to identify the cause for the outbreak, which dates back to late March, and are pursuing multiple lines of investigation.

A report by clinicians in North Carolina last month pointed to the inhalation of fatty substances from aerosolized oils as causing acute lipoid pneumonia, but a new study by the Mayo Clinic published this week found patients’ lungs had been exposed to noxious fumes.

The Centers for Disease Control and Prevention said that 18 deaths in 15 states had now been positively linked to vaping, along with 1,080 cases of injury — a jump of 275 since last week.

The CDC attributed the sharp increase to a combination of new patients becoming ill in the past two weeks and recent reporting of previously identified patients.

“I think we really have the feeling right now that there may be a lot of different nasty things in e-cigarette or vaping products, and they may cause different harms in the lung,” Anne Schuchat, a senior official with the Centers for Disease Control and Prevention (CDC), said in a call with reporters.

Among a group of 578 patients interviewed on substances they had used, 78 percent reported using tetrahydrocannabinol (THC) with or without nicotine products; 37 percent reported exclusive use of THC products, and 17 percent said they had only used nicotine-containing products.

THC is the primary psychoactive substance of marijuana.

About 70 percent of patients are male, and 80 percent are under 35 years old.

E-cigarettes have been available in the US since 2006 and it is not clear whether the outbreak is only happening now — or if there were cases earlier that were wrongly diagnosed.

Initially conceived as a tobacco cessation device, e-cigarette use has skyrocketed among teens, with preliminary official data for 2019 showing more than a quarter of high school students using e-cigarettes in the past 30 days.

They were until recently perceived as a less harmful alternative to smoking because they do not contain the 7,000 chemicals in cigarettes, dozens of which are known to cause cancer.

Only one case has been reported abroad, making the outbreak more mysterious still. Canadian authorities said in September a youth had been hospitalized, but so far no other countries have reported anything similar.

Public and political opinion appears to be hardening, however, with the administration of US President Donald Trump announcing in September it would ban in the coming months flavored e-cigarette products which are particularly attractive to young people.

India has issued an outright ban on all e-cigarette products, as has the US state of Massachusetts. /muf