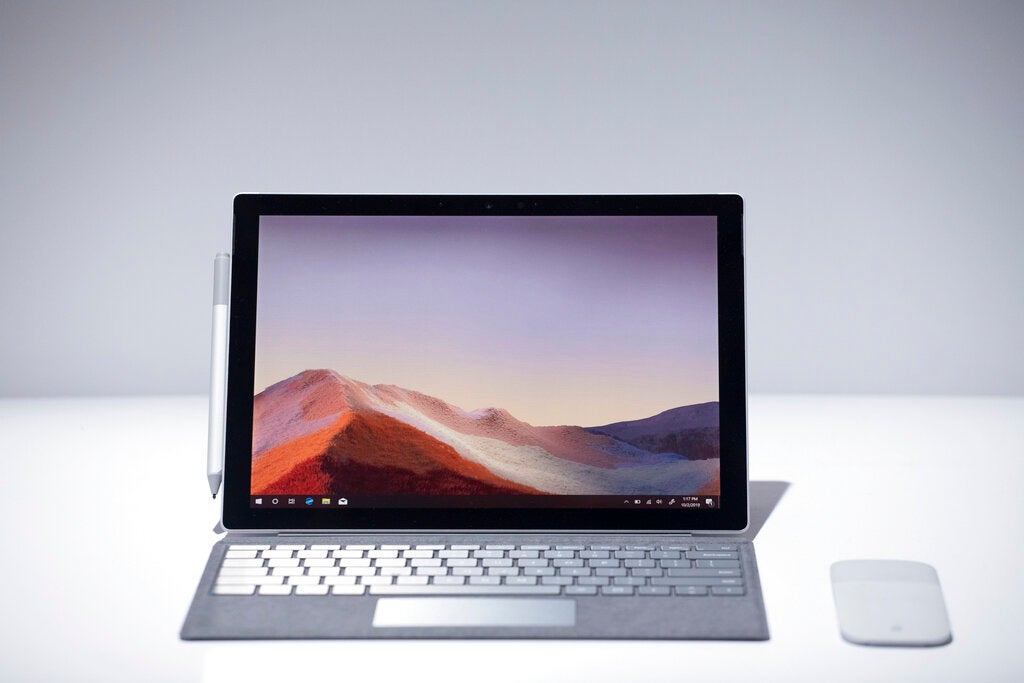 REDMOND, Washington — Microsoft on Wednesday reported its latest solid quarterly report card to Wall Street, buoyed by another round of business customers signing up for its cloud computing services.

The company reported fiscal first-quarter profit of $10.7 billion, up 21% from the same period last year.

The net income of $1.38 per share beat Wall Street expectations. The average estimate of 13 analysts surveyed by Zacks Investment Research was for earnings of $1.25 per share.

The software maker posted revenue of $33.1 billion in the July-September period, up 14% from last year and also beating forecasts. Ten analysts surveyed by Zacks expected $32.2 billion.

Microsoft shares have risen 35% since the beginning of the year, while the Standard & Poor’s 500 index has risen 20%. In the final minutes of trading on Wednesday, shares hit $137.11, an increase of 27% in the last 12 months. It’s been dueling with Apple this season as the most valuable company in the S&P 500.

Microsoft CEO Satya Nadella has been rewarded for his efforts in steadily lifting the company’s earnings since taking over in 2014. His compensation was $42.9 million in the fiscal year that ended in June, a 66% raise over the previous year, according to a statement filed last week ahead of the company’s annual shareholder meeting in December.

That included a $1 million base salary increase, which the board said it awarded because of “his significant contributions to Microsoft’s success during his tenure as CEO” and a desire to encourage his “continued strong leadership.”

The strongest sales growth has come from adding new corporate and government clients to Microsoft’s Azure cloud computing platform. Azure’s quarterly revenue grew 59 percent from the same time last year, much of that powered by contracts worth at least $10 million each, the company said.