Ubisoft to include more K-pop songs in ‘Just Dance 2020’ 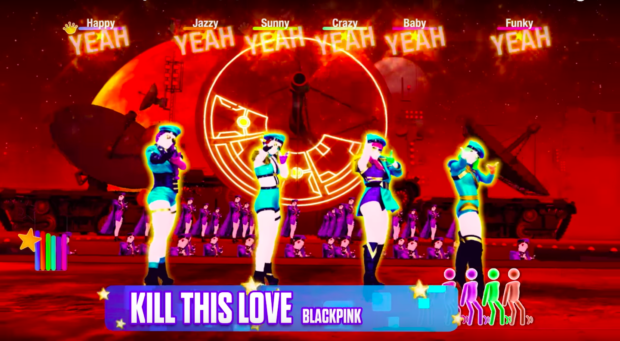 Video game company Ubisoft will be including more K-pop tracks in its official roster of songs for “Just Dance 2020.”

Ubisoft Asia managing director Steve Miller revealed the decision to inject more K-pop songs in the dancing game at the Rainbow Six Pro League Finals in Tokoname, Japan, over the weekend, as per Ungeek yesterday, Nov. 11.

“K-Pop is huge, not only in our region, but also popular/trendy in the west as well,” Miller told the gaming blog.

He added that having more K-pop songs would “help make the game popular around the world.” Miller also pointed out that he was a “big fan” of the music genre himself.

The current official tracklist of “Just Dance 2020” includes other K-pop songs such as Blackpink’s “Kill This Love” and 2NE1’s “I Am The Best.”

However, other fans were not pleased with how the choreographies of the already-included K-pop tracks in the latest “Just Dance” game were adapted, as per report. One of the songs that did not feature the exact same choreography performed by its original singers was “Fancy” by Twice.

Addressing the inaccurate match of the dance moves in the game and the steps in the original music videos, Miller said: “Probably the biggest reason for that has to do with restrictions on the content that we are allowed to reproduce. [Specifically] the content that our rights allow us to reproduce,” he said in the report.

“For instance, some artists, we were not allowed to completely copy what they do in the video.”

He pointed out that Ubisoft had tried to use the iconic dance moves in the original music videos but were “not always allowed to replicate the whole choreography.”  Ryan Arcadio /ra