A temptation netizens may not resist 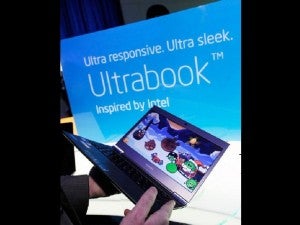 MANILA, Philippines — What would you do for an “Ultrabook” computer? This is the question Intel Corporation asks in Ultrabook™ Temptations, a series of six light-hearted experiments filmed in six cities across four countries and posted on YouTube Friday.

Sleek and stylish, Ultrabooks are a new category of computers — the next generation of mobile computing that are thinner, lighter and more responsive than traditional laptops, yet just as powerful and secure.

“People are drawn to Ultrabooks. When you see one, you just want one,” said Claudine Pache, digital marketing manager for Intel Australia and New Zealand.

“We created the ‘Ultrabook Temptations’ to see just how far people would go to get their hands on an Ultrabook.”

The six experiments, filmed in Australia, Indonesia and Thailand, set out to explore the depth of human emotions that surround these objects of desire.

The experiments were “temptations” for consumers, encouraging them to go a little beyond their everyday comfort zone to earn the chance to become the proud owner of a sleek Ultrabook.

The experiments were filmed spontaneously in an effort to introduce Ultrabooks and were available for viewing by an online audience.

In “Daring Temptation” for example, an Ultrabook is installed in a display case near a busy area with the simple instruction to “Smash Glass to Win Ultrabook” and a small hammer.

Would commuters prove daring enough to smash the glass in public and claim the prize?

According to Jayant Murty, Intel’s Asia Pacific director of brand strategy and integrated marketing, “Beauty is in the eye of the beholder. Sometimes product stories are best told through the eyes of our prospective consumers. We hope that seeing the videos will stir up enough interest to go look for Ultrabooks at your nearest computer store.”

By the end of the year, Intel expects more than 75 designs in market and that Ultrabooks will become mainstream devices.