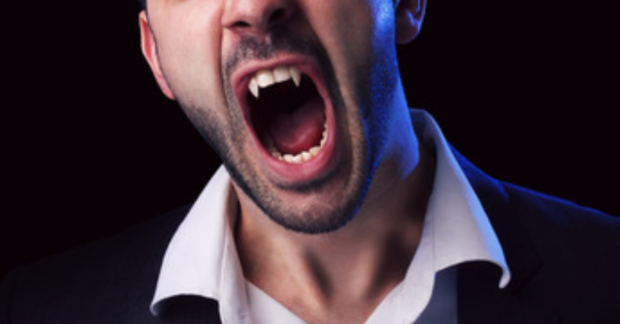 Struggling with growing skepticism of vaccinations, health authorities in Moscow have turned to a surprising ally for help: blood-thirsty vampires.

A video posted by the Moscow health department this week features a black-clad, long-haired vampire and his fang-baring young daughter.

During a visit to the doctor, they ask if it is safe for the girl to drink blood from the unvaccinated.

After suggesting that it would be better not to drink blood at all, the doctor warns unvaccinated blood could be “very dangerous,” then lays out the benefits of vaccinations.

“So is this why some parents are rejecting vaccinations?” the vampire father asks. “To stop us from biting their children?”

The video ends with a message urging parents to have their children vaccinated.

It was released as city authorities look for ways to boost vaccination rates. On Thursday local deputies including the head of the city’s public health committee recommended making vaccinations mandatory.

The World Health Organization (WHO) and UNICEF warned in July that vaccination rates around the world have “dangerously” stalled — in many cases due to increasing suspicion of vaccines.

The WHO also said in August that measles cases were skyrocketing in Europe and sounded the alarm over vaccination rates.

Russia was among four countries — along with Ukraine, Kazakhstan and Georgia — that were home to 78% of measles cases in the first six months of 2019.

The “anti-vax” movement has been fuelled by false claims that vaccinations cause disease or conditions such as autism.

A study out of George Washington University last year found that social media bots and Russian trolls “spread false information about vaccines” online in a bid to sow discord in the United States. RGA

Man charged for attacking roommate, believed he was a vampire

More than 5,000 measles deaths in DR Congo this year — WHO