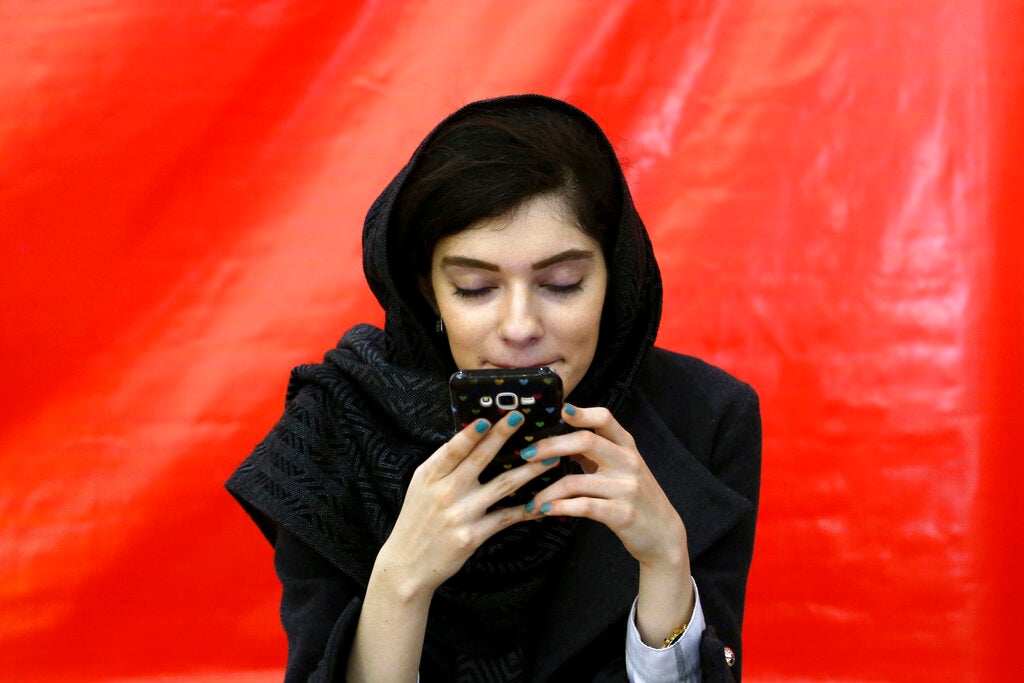 A woman uses her cell phone at Tehran’s International Book Fair, in Tehran, Iran. The semiofficial ILNA news agency reported that authorities in Iran have shut down mobile internet service in some provinces over security concerns.  (AP)

The report quotes an unnamed official in the country’s Telecommunications Ministry as saying the cut could be extended to more provinces if security officials decide it’s necessary.

The move came as foreign-based opposition groups have called for protests Thursday. Those protests would coincide with the 40th day since anti-government protests that began after the government tripled the price of gas.

Amid the protests, the government cut internet service for more than a week across the country.

The ILNA report said mobile internet service was shut down in the Kurdistan, Alborz and Zanjan provinces as well as Shiraz city. The provinces and the city were scenes of unrest during the protests.

Iran has confirmed there were deaths among some protesters during the unrest, but it never gave a death toll. Amnesty International says more than 300 people were killed in the clashes and authorities detained more than 7,000 people.