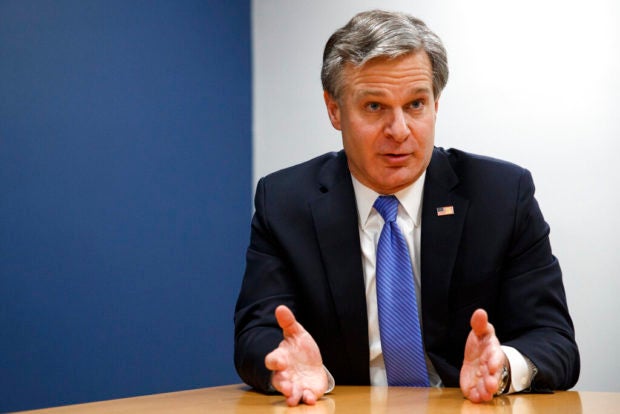 WASHINGTON  — The FBI laid out new protocols Friday for how it conducts electronic surveillance in national security cases, responding to a Justice Department inspector general report that harshly criticized the bureau’s handling of the Russia investigation.

The changes, detailed in a 30-page filing with the secretive Foreign Intelligence Surveillance Court, are meant to ensure that wiretap applications are more closely scrutinized before being submitted for a judge’s approval and that they contain accurate information about the reliability and potential bias of sources whom agents rely on.

The FBI also said additional training would be implemented.

The filing comes one month after the chief judge of the surveillance court — in a rare public directive — ordered the FBI to say how it would correct shortcomings identified in last month’s watchdog report on the bureau’s investigation into ties between Russia and Donald Trump’s 2016 presidential campaign.

The inspector general report found that FBI applications to eavesdrop on a former Trump campaign aide, Carter Page, omitted key information about the credibility of sources it was relying on. It also alleged that an FBI lawyer had doctored an email used in connection with one of the applications.

The report, which also concluded that the FBI investigation was opened for a legitimate purpose, produced bipartisan calls for change. Some Democrats had already been skeptical of the FBI’s expansive surveillance authorities, while Republican allies of Trump held up the report to argue that one of the president’s campaign aides had been unfairly treated.

The court authorizes the FBI, with a warrant, to eavesdrop on American soil on individuals it believes to be agents of a foreign power. The surveillance is a powerful tool for terrorism and espionage cases, though critics have said the court functions largely as a rubber stamp for the government and without adequate transparency.

“Critically, the FBI must also balance the implementation of these actions with its ongoing responsibility to protect the American people and uphold the Constitution of the United States, during a time of ever-present threats to our national security,” FBI Director Chris Wray said in a statement filed with the court.

“The leadership of the FBI has devoted — and will continue to devote — a substantial amount of time, thought, and effort to striking this balance, while paying scrupulous attention to its duty of candor to the Court and maintaining the trust of the American people,” he added.

Wray said he plans to issue a bureau-wide email Monday informing the workforce of the changes it is implementing.