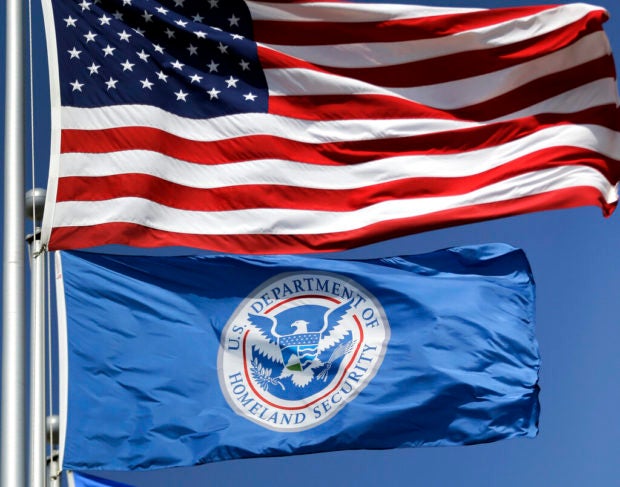 WASHINGTON — E-commerce has unleashed an increasing torrent of fake merchandise upon the world and private companies and the U.S. government must do more to address the problem, Trump administration officials said Friday as they released a plan aimed at cracking down on counterfeit goods.

An “action plan” released by the Department of Homeland Security says the government will apply increased scrutiny of e-commerce, including the third-party sellers who sell goods on the major online sites as well as shippers and operators of the warehouses where merchandised is stored.

It also calls on the e-commerce companies to strengthen protections for consumers, more thoroughly screen third-party sellers who use their sites and take other actions to reduce the spread of counterfeit products that has ballooned with growth of online sales in recent years.

“Some platforms have put in place certain measures to guard against counterfeits,” Chad Wolf, the acting secretary DHS, said in releasing the plan, “but there efforts are oftentimes overwhelmed by the scale of the activity online.”

Fake merchandise, everything from bogus medicine to knockoff handbags, has always been around but has never been so universally available with the growth of e-commerce through sites such as Amazon, eBay and the Chinese giant Alibaba.

The international trade in counterfeit products rose 154 percent, from $200 billion in 2005 to $509 billion in 2016, according to the Organization for Economic Cooperation and Development. DHS said in the report that it made nearly 34,000 seizures of fake goods in 2018, a 10-fold increase from 2000.

To underscore their point, and the potential risk, they displayed a range of bogus goods, including a bike helmet, cigarettes, auto parts and tools and fake medications.

DHS considers the issue a threat to national security because of the potential danger to public health from adulterated pharmaceuticals and cosmetics as well as the harm to the U.S. economy. Officials say the proceeds from counterfeit goods may also benefit global criminal networks.

The plan was created in response to a presidential memo signed by President Donald Trump in April that called for the creation of a strategy to rein in what the administration called the “Wild West” of online trafficking in counterfeit goods.

In addition to increased scrutiny of the industry and enforcement, the plan says authorities will seek to apply fines and penalties to a “broader range” of participants in the counterfeit networks and launch a consumer awareness campaign.

Release of the plan follows the recent signing of the Phase 1 trade agreement with China, in which the Chinese government agreed to combat patent theft and counterfeit products.

At the time, Alibaba said it would welcome the administration’s work to combat counterfeiting. The company said it has developed systems to protect intellectual property and has worked with brand name companies, law enforcement, consumers and trade associations to battle the problem.

Amazon says it prohibits the sale of counterfeit products and welcomes more coordinated support from law enforcement to stem the problem.

The company said in 2018 that it spent more than $400 million fighting counterfeit products, fraud and other forms of abuse and that its efforts “go well beyond” its obligations under U.S. law.

The company said a statement Friday that this year it will begin reporting all confirmed counterfeiters that it has blocked to law enforcement so they can build cases against them.

“Amazon’s anti-counterfeiting efforts are best in class but we recognize they are not perfect and will continue to innovate and work with policymakers and law enforcement to protect brands and customers,” the company said.

The DHS report essentially would have the e-commerce companies “accept their fair share of the responsibility” for counterfeit goods sold through their sites, Peter Navarro, the director of the White House Office of Trade and Manufacturing Policy.

“Even though they are cooperating, spending more and more money, the problem keeps getting worse,” Navarro said. “The problem is for all practical purposes these e-commerce hubs are basically laundries for counterfeiting.”