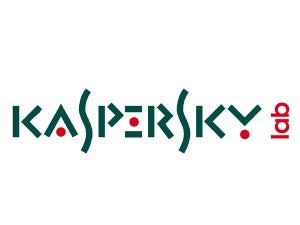 The Philippines has been tagged one of the world’s top sources of a dangerous kind of cyber “attack” designed to take down entire computer networks and shut down key consumer services.

The latest report by Russian Internet security firm Kaspersky Labs showed the Philippines ranking 13th on a list of 23 countries where “distributed denial of service” or DDOS attacks originated in 2011.

A DDOS attack makes a computer or network unavailable to its users by hackers in control of several devices. This is done by flooding a server with more network traffic than it can handle.

As a consequence, the server is prevented from carrying out its normal functions and, in some circumstances, crashes completely.

The Philippines was one of four Southeast Asian countries to make the list, the others being Malaysia which ranked 5th, Indonesia 18th and Vietnam 19th. Over 90 percent of all DDOS attacks came from the 23 countries on the list.

Some two percent of the attacks came from the Philippines, Kaspersky Labs analysts Maria Garnaeva and Yury Namestnikov said.

“DDOS attacks are used as an act of protest as well as a highly effective tool for exerting pressure on competitors,” Namestnikov said in a statement.

“It comes as no surprise therefore that online trade (online shops, auctions, message boards) was most frequently targeted,” he said.

Kaspersky said attacks were also conducted against businesses, including travel company websites. Unknown groups conducted these attacks during the summer season when travel was at its peak, as well as the Christmas and New Year holidays.

Last year, the number of DDOS attacks around the world rose by 57 percent. “This figure may increase in the coming months of 2012,” Namestnikov said.

In 2010, the Philippines was one of the top 20 countries around the world with the highest incidence of cyber crimes. Of the list of 20, six were from the Asia Pacific.  Paolo G. Montecillo