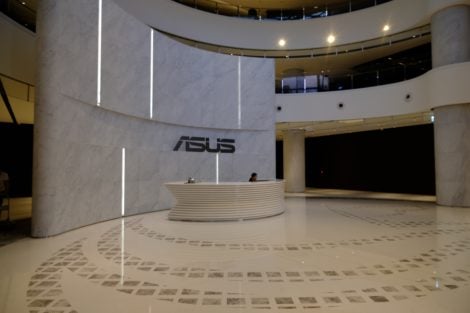 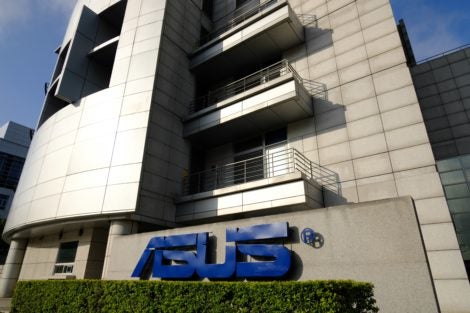 MANILA, Philippines – Taiwan-based infotech giant ASUS has taken personal computing to the next level by unveiling some of the most mind-blowing consumer electronics for professional, casual, and gaming series at the recently held ASUS APAC CES 2020 Media Summit at the ASUS Global Headquarters in Taipei, Taiwan last January 16.

ASUS, one of Fortune’s World’s Most Admired Companies in 2019, opened its Taipei HQ doors to several select media representatives such as Korea, Japan, Singapore, and Thailand for the annual summit aimed at first-hand education of the developments and innovations of their latest desktop and laptop units, which are set to be rolled out as early as first half of this year from the ASUS Head Quarters. It was notably the first time that the company combined recently-announced products that included the world’s most compact and powerful business and gaming laptops, as well as desktop PCs ahead of their country launches.

This year’s electronic showcase paid closer attention to the results of the company’s intensive R&D, launching devices with aesthetics and function that were made and incorporated with particular target end-users in mind: The Go-getters, the Serial Entrepreneurs, and the Creators of today’s Gig Economy.

No wearables or smartphones were rolled out during this exclusive media event. 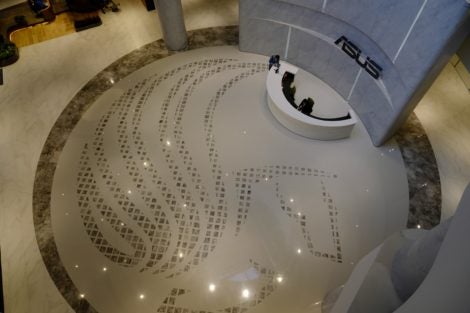 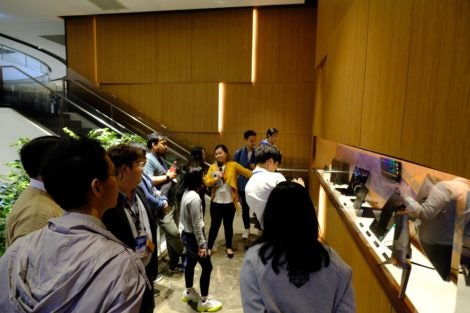 Part of the experience of the ASUS APAC CES 2020 Media Summit was the HQ office tour conducted by the tech giant itself, in a bid to fully immerse its media guests in its operations and product development setup. Some of the key areas with which the representatives were allowed to be in were the ASUS Auditorium, ASUS product history display, ASUS awards display, the ASUS Pegasus emblem (which signifies the synergy of technology and humanity for a greater good), and their recreational facilities within the building.

The ASUS hero units under the Commercial NB lineup are some of the most interesting computers slated for release this year: 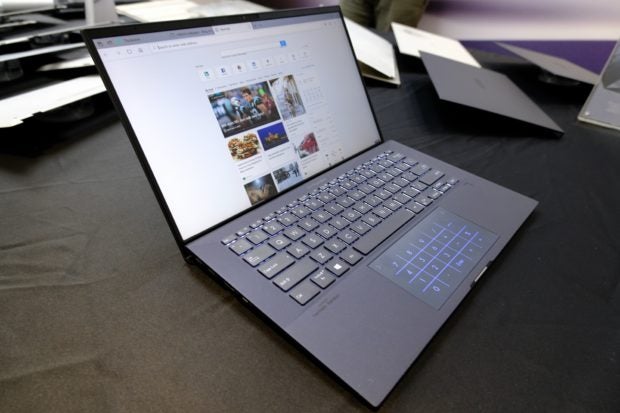 The latest in the ASUS ExpertBook series, the B9450 is here to provide unparalleled performance, durability, and design, all encased within military-grade alloy that is ultra-light at just 870 grams, making it the world’s lightest 14’ business laptop to date. It promises up to 24 hours of battery life and is packed with up to a 10th Gen Intel® Core™ i7 processor, two ultrafast 2TB PCIe® 3.0 x4 SSDs, Wi-Fi 6 (802.11ax), plus Thunderbolt™ 3 ports 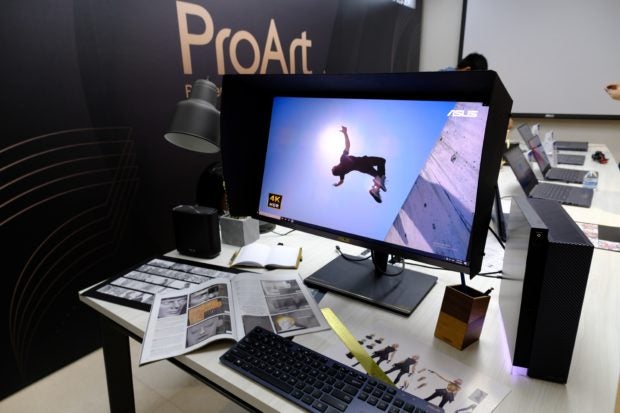 The ProArt series is the ASUS sub-brand specifically targeted towards content creators. Its power lies in its 9th Gen Intel Core i9-9900K octa-core processor, NVIDIA Quadro RTX or GeForce RTX GPU 4 x DDR4 memory slots and a game-changing server-grade hybrid cooling system. It is designed to accommodate the rigors of content creatorship without ever hitting a snag. 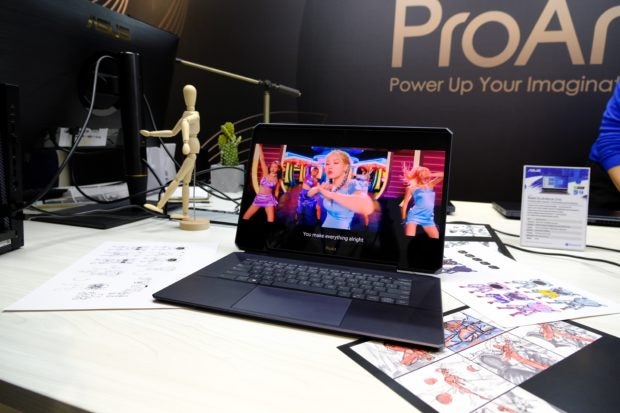 Considered as the world’s most graphically powerful laptop featuring the NVIDIA Quadro RTX 6000 graphics and the computing capabilities of Intel Core i9 CPU. It is equipped with a PANTONE® Validated 4K UHD display with 120 Hz refresh rate, 100% Adobe RGB color gamut and Delta E value of < 1.0. It has an effective cooling system and features a lightweight aerospace-grade titanium alloy thermal module. 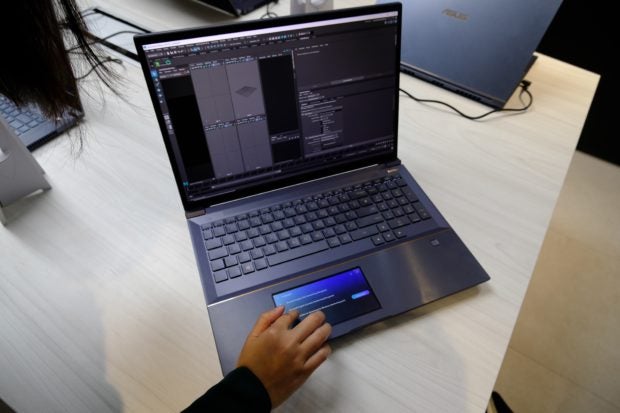 The first in the ProArt StudioBook series to feature ASUS ScreenPad 2.0 which is essentially a built-in graphic pad on the area where a trackpad should be allowing for faster shuffling between projects, the unit is powered by professional-grade NVIDIA Quadro RTX 5000 graphics and up to 9th Generation Intel Xeon or Intel Core i7 CPUs. It has Four‑sided ASUS NanoEdge display offers 16:10 aspect ratio, wide 97% DCI P3 color gamut and Delta E < 1.5 color accuracy. 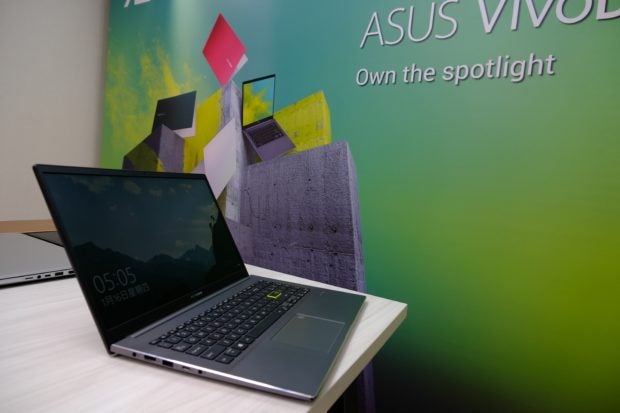 Regarded by ASUS as the laptop to own the spotlight, this unit perfectly blends form and function, with six unique color options to choose from and packed with 10th Gen Intel® processors and NVIDIA® graphics. 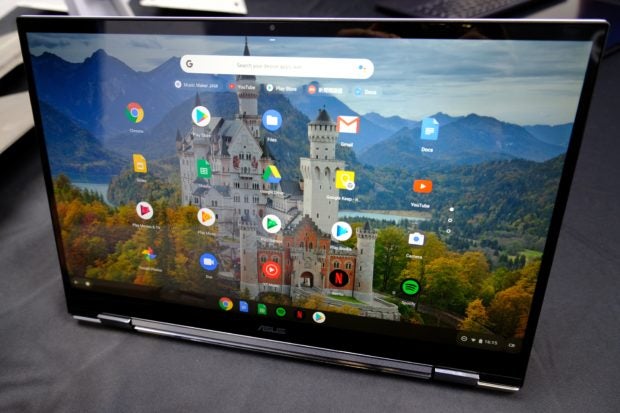 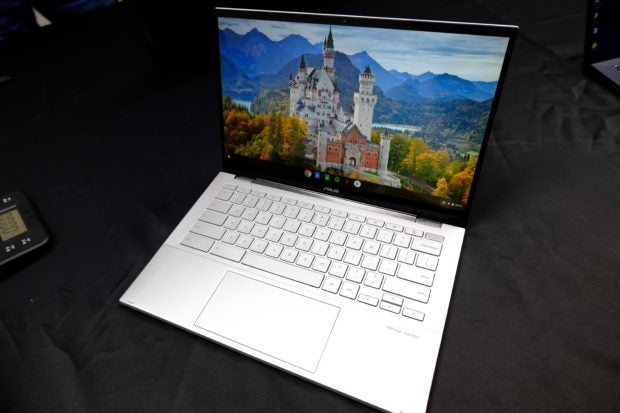 Currently the thinnest, lightest 14-inch Chromebook on the market with an up to 10th Gen Intel® Core™ processor, this beast of a laptop can run for the rest of the day with its all-day battery life. The unit also has omnidirectional quad-speakers for the best audio experience, USI-stylus compatibility, plus integrated fingerprint sensor.

The two hero units under the ROG series look and feel promising for the new wave of passionate Esports enthusiasts and dedicated gamers: 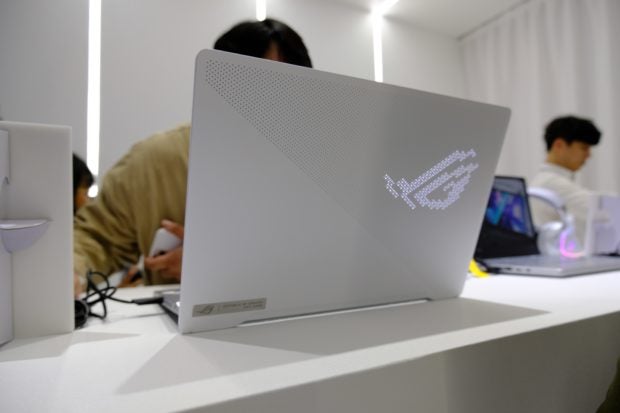 Currently the world’s most powerful 14-inch gaming notebook under ASUS’s ROG series, the Zephyrus brings mobility and portability with a size of only 17.9mm thin and a weight of 1.6kg, without compromising performance. It also boasts of a cutting edge AniMe Matrix™ LED personalization, which is an optional, precision-cut LED on the lid that can let users show custom graphics, animations and other effects from the other side. As a gaming unit, it is the first gaming notebook of this size to feature RTX graphics that produce high frame rates for popular games. The laptop can run the most hardware extensive games with the latest AMD Ryzen™ 4000 Series Mobile Processor. 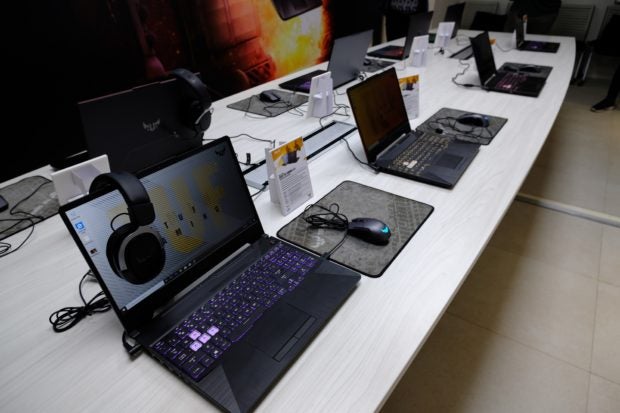 The new TUF Gaming laptops have up to the latest AMD Ryzen™ 4000 Series Mobile Processors or 10th Gen Intel® processors. It is also equipped with up to GeForce RTX™ 2060 and adaptive sync combine for smooth gaming up to a 144Hz refresh rate. As it is designed for both portability and durability, the TUF Gaming unit is equipped with bigger battery options, a more compact chassis and military-grade durability.

In a recent interview with ASUS Co-CEO Mr. Samson Hu, he expressed the desire to share the idea of being “wiser together”—by relying on the wisdom and the insight of its team members, ASUS can delve deeply into any challenge to find the best solutions, whether it’s debugging a software to find the root cause of an issue and develop a solution around it, or identify pain points in a product’s UX to develop the best possible version of it. This notion seems to translate well into the lineup of devices that were scheduled for release this year, all intuitive in nature and has every consideration for how an actual person will use them. This is by far ASUS’s best year to date, and there seems to be no stopping them from surpassing even this one.