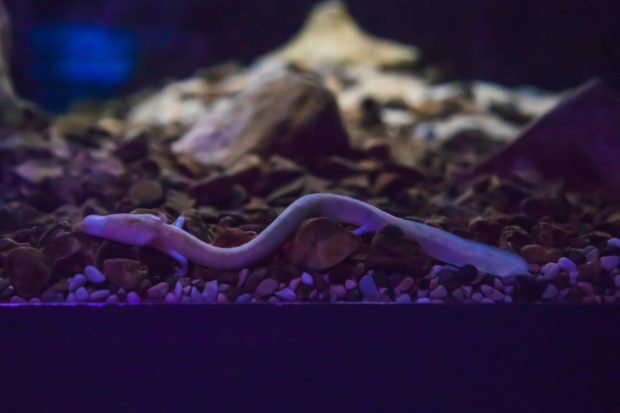 It turns out that olm salamanders (Proteus anguinus), a rare species of cave-dwelling salamanders with no eyesight, can do almost absolutely nothing for years on end within their impressive lifespan of around a hundred years.

A European study found that a certain member of this European species of aquatic amphibians did not even move from the same spot for seven years, or 2,569 days. This olm’s extremely sedentary lifestyle was one of the great finds of the study made by researchers from the UK and Hungary published in the Journal of Zoology.

Most of the other olms in the Herzegovinian caves monitored by the researchers barely moved either, having crawled or swam less than 10 meters (32 feet) in over a decade.

Through a  “capture-mark-recapture” technique, the researchers were able to monitor several olms to gain insight into their lifestyles for over eight years.

Although blind and sedentary, the olm salamanders were found to have a set of impressive feats. For one, they can live off a single meal for a decade by slowing down their metabolism and limiting their movements, efficiently saving their energy.

“The species lives long, resistant to starvation or hypoxic water, reproduces sporadically, and while it lost its vision, it still has a number of well‐developed non‐visual sensory systems allowing efficient orientation,” the research stated.

The Smithsonian Channel in a short video also backs up these impressive abilities when they talked about the “strange lives of olm salamanders.” They explained that although blind, these cave-dwelling organisms can prey on small shrimps and other aquatic animals through their impressive acoustic senses.

“[They have] sensitive lining in their ears that can detect even the smallest vibrations in the water,” the video explained. Their keen sense of smell and sense of taste also help them move—if they decide to.

These entirely aquatic salamanders are nicknamed “the human fish” because of their pale skin, which is extremely photosensitive, rendering them to dwell inside dark caves. When exposed to sunlight, the olms will literally burn to death.

The European research, meanwhile, stated that due to the “extreme site fidelity” of olms, they are “highly vulnerable and a sensitive bio‐indicator of habitat‐changing human activities.”  /ra

Europe’s guardian of stem cells and hopes, real and unrealistic