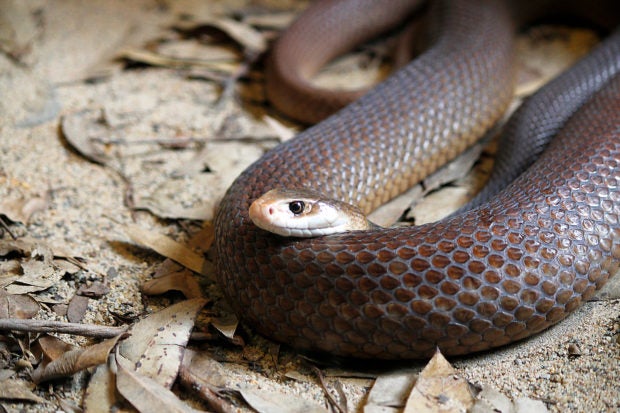 A city in Florida closed off part of a park after residents spotted dozens of snakes that had apparently gathered for their annual coupling.

“It appears they have congregated for mating,” the City of Lakeland Parks and Recreation Department said on Facebook with a photo of one of the serpents seen in the park by Lake Hollingsworth, southwest of Orlando.

Officials on Thursday sealed off an area where the amorous reptiles had gathered for their pre-Valentine’s Day tryst with caution tape.

“This is for the protection of the public and the snakes,” the department said.

“They are non-venomous and generally not aggressive as long as people do not disturb them. Once the mating is over they should go their separate ways.”

“They are generally found resting in tree limbs over water or basking on shorelines. They are an important part of the ecosystem and should not be disturbed,” the department said.

Resident Tim Newberry, whose Facebook photos of snakes in the park alerted city authorities, told 10News he saw about 25 that day. RGA

Man bites snake into pieces after it attacked him

Woman, 73, uses shovel to kill cobra slithering on her patio