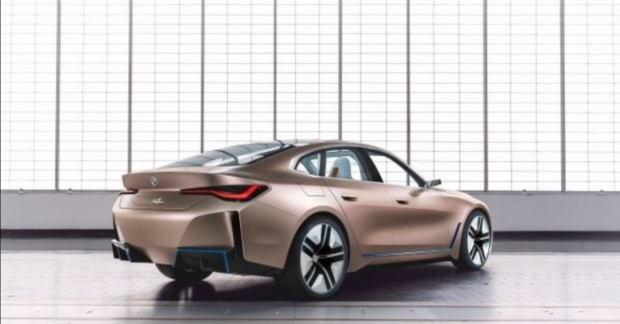 BMW Concept i4. Image: courtesy of BMW via AFP Relaxnews

BMW on Tuesday presented its “i4” electric concept car set for release in 2021, as Germany’s high-end manufacturers scramble to offer drivers a credible alternative to Tesla.

Years after its pioneering i3 battery-powered compact failed to achieve the hoped-for breakthrough, so far the storied carmaker has no equivalent to Tesla’s mass-market “Model 3” on sale.

“This kind of car, a sporty BMW sedan, does not exist with electric power on the market today,” chief executive Oliver Zipse said in a telephone conference.

Executives say the i4 will be profitable — not always a given in the low-margin battery-powered car business.

It is one of a slew of electric models planned for the coming years as carmakers look to escape tighter EU carbon emissions limits, which bear hefty fines.

“We already have half a million BMW electric cars on the roads and we want to double that number by the end of the year,” Zipse said. IB/JB