Just wearing your clothes could result in release of millions of microfibers into the environment, says study 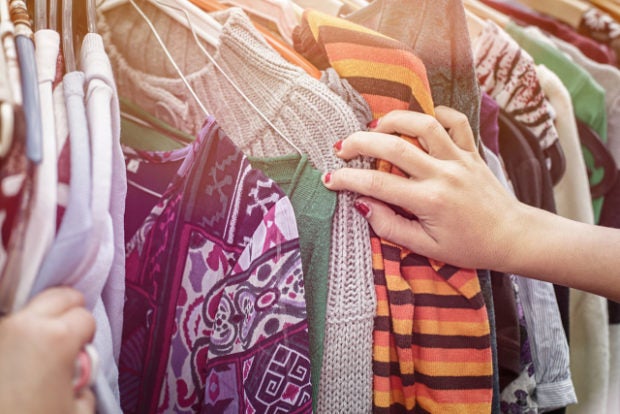 Wearing your clothes could be releasing more microfibers into the environment than washing them, according to new research. Image: IStock.com/ArminStautBerlin via AFP Relaxnews

New European research has found that despite concerns that washing clothes can release harmful fabric microfibers into the environment, just wearing your clothes could actually release more.

Carried out by scientists from the Institute for Polymers, Composites and Biomaterials of the National Research Council of Italy and the University of Plymouth, United Kingdom, the study is the first of its kind to compare how many fibers were released from four different items of polyester clothing when they were being worn and being washed.

The research, published in the journal Environmental Science and Technology, showed that between 700 and 4,000 fibers per gram of fabric could be released from all four of the different garments during a single 40 degrees Celsius wash.

However, after asking a set of volunteers to wear the clothes in a lab setting and carry out normal, everyday activities, the researchers found that up to 400 fibers per gram of fabric could be shed from clothing while wearing them for just 20 minutes.

The team says that over a year, these could lead to one person releasing nearly 300 million polyester microfibers into the environment by washing their clothes, and more than 900 million to the air by just wearing them.

The researchers also added that how many fibers were released varied greatly depending on who made the garment, and when it came to fabrics, the polyester/cotton garment released the most fibers during both washing and wearing, while woven polyester released the least.

The results build on previous studies by the same team of researchers which showed that a large number of fibers are released during washing.

Lead author of the study Dr. Francesca De Falco commented on the new findings, saying, “Recently, more evidence has been accumulating on the presence of synthetic microfibers not only in aquatic environments, but also in atmospheric ones. That is why we decided to design this set of experiments to study microfiber release by garments to both media. This is a type of pollution that should be mainly fought at its source, the fabric itself, but we investigated the influence of different textile parameters on the release. Results have shown that textiles with a very compact structure like woven, with yarns highly twisted and composed of continuous filaments, can release less microfibers to both air and water.” RGA