Eating fish in moderation while pregnant could boost kids health, despite concerns about mercury 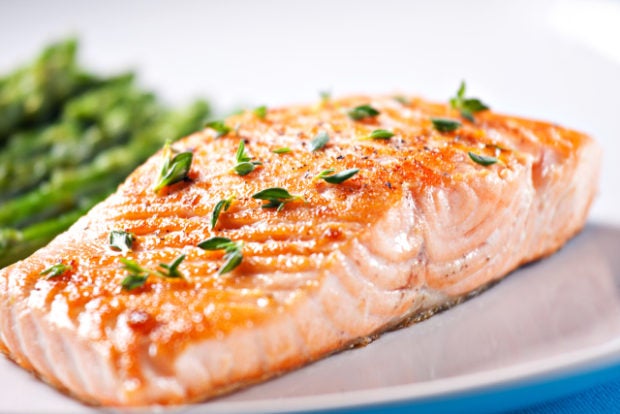 Eating fish one to three times a week while pregnant could be good for children’s health, according to new research. Image: istock.com/svariophoto

New U.S. research has found that although there are concerns about eating fish while pregnant, mothers who do eat a moderate amount could be boosting their child’s metabolic profile, with the benefits outweighing the risks of exposure to mercury.

Carried out by researchers at the University of Southern California, the new study looked at 805 mother-and-child pairs from five European countries — France, Greece, Norway, Spain and the U.K. — and asked the women about their weekly fish consumption during their pregnancy. The women were also tested for exposure to mercury.

When the children were aged six to 12 years old, they also underwent a series of tests, to calculate their metabolic syndrome score.

Metabolic syndrome is a group of conditions that occur together (including high blood pressure, high blood sugar and carrying excess body fat around the waist, and abnormal cholesterol, triglyceride levels and insulin levels) which can increase the risk of heart disease, stroke and type 2 diabetes.

However, the benefit declined if women ate fish more than three times a week. The researchers also found that there appeared to be an association between mothers having higher mercury concentrations in their blood and their child having a higher, and so worse, metabolic syndrome score.

Fish has long been touted for its health benefits, and for pregnant women, in particular, it is a major source of omega-3 long-chain polyunsaturated fatty acids which are important for the developing fetus. However, some types of fish such as swordfish, shark and mackerel can also contain high levels of mercury, which can cause permanent neurological damage.

“Fish is an important source of nutrients, and its consumption should not be avoided,” said Dr. Leda Chatzi, the senior investigator on the study. “But pregnant women should stick to one to three servings of fish a week as recommended, and not eat more, because of the potential contamination of fish by mercury and other persistent organic pollutants.”

“Fish can be a common route of exposure to certain chemical pollutants which can exert adverse effects,” added study author Nikos Stratakis, PhD. “It is possible that when women eat fish more than three times a week, that pollutant exposure may counterbalance the beneficial effects of fish consumption seen at lower intake levels.” NVG