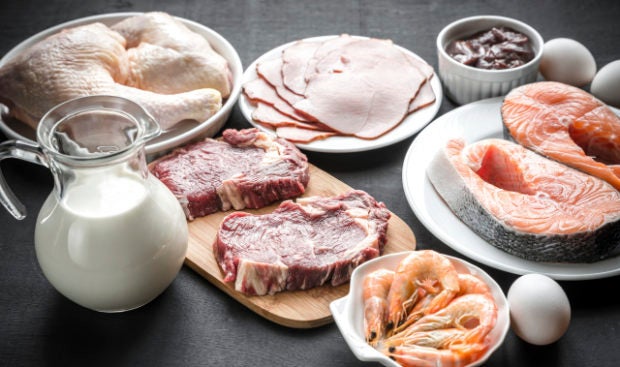 Eating protein throughout the day could help us maintain muscle mass as we age, according to new research. Image: Istock.com/AlexPro9500 via AFP Relaxnews

New United Kingdom research has found that seniors could maintain their muscle by eating more protein for breakfast or lunch and spreading out their intake throughout the day.

All of the participants were asked to complete a food diary over a three-day period which focused on the amount and type of protein eaten, and when it was eaten.

The findings, published in the journal Frontiers in Nutrition, showed that the majority of participants from across all three age groups met or exceeded the current national guidelines (RDA) for protein intake, although the older participants did consume a significantly lower amount of protein each day compared to the young, but not middle-aged, participants.

The sources of protein consumed were found to be similar between groups, except at lunchtime, when the older participants ate lower-quality proteins compared with those in the middle-aged and young groups. In addition, the team found that protein intake was spread unevenly across meals in all three groups, with most participants eating a higher intake of protein at dinner time.

The researchers explain that the mechanisms the body uses to make new muscle need regular stimulation — which comes from eating protein — to function efficiently. As these mechanisms are less efficient in old age, we need more protein as we get older to get the same stimulation as when we were younger. However, we also need to balance out this protein intake evenly across all meals to maximize the benefits of protein for producing muscle.

This means, say the researchers, that seniors should be eating good-quality proteins across all their meals and adding in more protein at breakfast and lunch.

“We know that older people show a blunted response to muscle building when consuming a certain amount of protein. Therefore, older individuals need to eat more protein to get the same muscle-building response as younger and middle-aged people,” explains Dr. Benoit Smeuninx, first author of the study.

“Another way to help muscles make better use of dietary protein is to perform regular exercise,” he adds.

“Most people are reaching the Recommended Daily Allowance of protein, but our results show that a one-size-fits-all guideline for protein intake isn’t appropriate across all age groups. Simply saying older people should eat more protein isn’t really enough either. We need a more sophisticated and individualized approach that can help people understand when and how much protein to consume to support muscle mass.” RGA