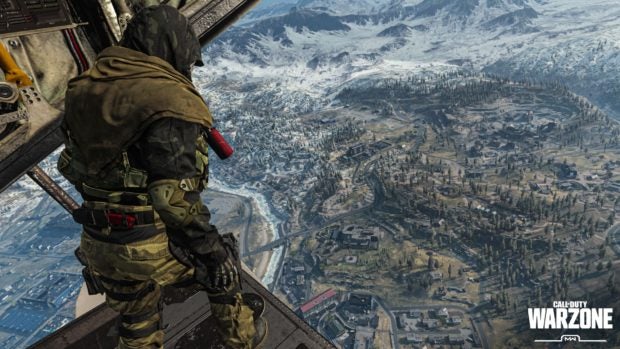 A remaster of the “Call of Duty: Modern Warfare 2” campaign would encourage spending on “Modern Warfare” and “Warzone” (pictured). Image: Activision via AFP Relaxnews

“Call of Duty” dataminer Senescallo appears to have uncovered evidence of new modes for March debut “Call of Duty: Warzone.”

The free PlayStation 4, Xbox One and PC spin-off “Warzone” had launched for teams of three.

Expected modes for teams of two and squads of four were not present, but Senescallo’s findings, posted to Reddit’s Modern Warfare community, indicate that Battle Royale Duos and Quads will be added to the available playlists.

In addition, files relating to the rumored “Call of Duty: Modern Warfare 2 Campaign Remastered” suggest that pre-orders, if not sales, will also go live in Season 3.

Its existence was most recently confirmed by an entry into the online database for South Korea’s Game Rating and Administration Committee.

The Senescallo datamine claims that MW2CR will be obtainable in one of two ways: as a straightforward purchase, which confers an Underwater Demo Team character costume as a bonus, or through buying the in-game Oil Rig Ghost Pack.

According to the datamine, the Oil Rig Pack would cost 10,000 COD Points, an in-game currency either purchased outright or earned incrementally by progressing through season pass challenges.

On the other hand, previous costume packs, known as Operator Skin bundles, have cost 2,400 points.

For reference, “Call of Duty: Modern Warfare Remastered,” a 2016 overhaul of a 2007 game, was initially included with the $79.99 (over P4,100) Special Edition of “Call of Duty: Infinite Warfare” as a purchase incentive.

It included both campaign and multiplayer modes and was later sold separately for $39.99 (over P2,000). CL