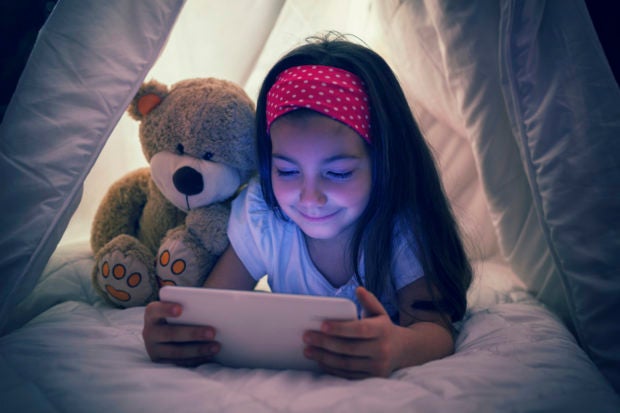 New United States research has found that despite concerns that sitting alone with a smartphone could be affecting children’s social skills, the younger generation is just as skilled socially as the previous one.

Carried out by researchers at The Ohio State University, the new study looked at data gathered from The Early Childhood Longitudinal Study, which follows children from kindergarten to fifth grade.

During the study, the children were assessed by their teachers six times and by parents at the beginning and end of kindergarten and the end of first grade.

The findings, published online in the American Journal of Sociology, showed that both groups of children were given similar ratings by teachers and parents on their interpersonal skills — which includes their ability to form and maintain friendships and get along with people who are different to them — and on self-control — such as their ability to regulate their temper.

In fact, the teachers’ evaluations showed that the 2010 group actually tended to have slightly higher ratings for interpersonal skills and self-control than the 1998 group.

“In virtually every comparison we made, either social skills stayed the same or actually went up modestly for the children born later,” said Douglas Downey, lead author of the study, “There’s very little evidence that screen exposure was problematic for the growth of social skills.”

The findings also held true even after the researchers had taken into account, among other factors, family characteristics and screen time use, with children who had the highest level of exposure to screens still showing similar development in social skills compared to those with little screen exposure.

However, there was one exception, with the researchers finding that social skills were slightly lower for children who went on online gaming and social networking sites many times a day, although Downey points out that the effect was small.

“Overall, we found very little evidence that the time spent on screens was hurting social skills for most children,” said Downey, who admitted he was at first surprised to see that screen time did not affect social skills.

“There is a tendency for every generation at my age to start to have concerns about the younger generation. It is an old story,” he explains. “The introduction of telephones, automobiles, radio all led to moral panic among adults of the time because the technology allowed children to enjoy more autonomy.”

Downey adds that actually, the newer generation has to learn social skills to communicate successfully both on and offline.

“You have to know how to communicate by email, on Facebook and Twitter, as well as face-to-face. We just looked at face-to-face social skills in this study, but future studies should look at digital social skills as well.” CL/JB