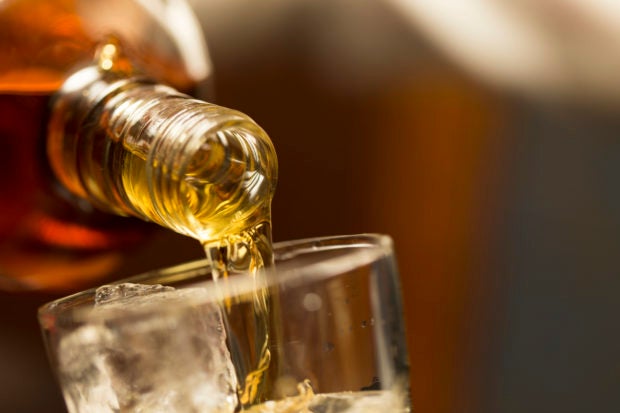 New European research has found that higher alcohol intake is linked to an increased risk of stroke and peripheral artery disease (PAD), which is when the arteries narrow, reducing blood flow to certain parts of the body.

Carried out by researchers at Karolinska Institutet in Stockholm, Sweden, the new study used data gathered from the United Kingdom Biobank study, a large-scale research project which includes genomic information on more than half a million U.K. residents.

The researchers used this genetic data to investigate the link between alcohol consumption and the risk of certain cardiovascular diseases using a method called Mendelian randomization, which involves studying genetic variants to see whether certain factors are associated with a higher or lower risk of disease. As it gives more reliable results than using self-reported data, which can be prone to errors, any associations found are more likely to suggest a direct causal relationship.

The findings, published today in Circulation: Genomic and Precision Medicine, an American Heart Association journal, showed that higher alcohol consumption was linked to a three-fold increase of PAD and a 27% increase in the rate of stroke.

In addition, the researchers also found that there was some evidence to suggest that high alcohol intake was also linked with coronary artery disease, atrial fibrillation and aortic aneurysm.

The team points out that the findings are in line with previous studies, which have also shown that heavy drinking is linked with an increased risk of certain cardiovascular diseases. However, as these were observational studies, they could not determine a cause and effect relationship.

“Since genetic variants are determined at conception and cannot be affected by subsequent environmental factors, this technique allows us to better determine whether a risk factor — in this case, heavy alcohol consumption — is the cause of a disease, or if it is simply associated,” said senior researcher Susanna Larsson, Ph.D. “To our knowledge, this is the first Mendelian randomization study on alcohol consumption and several cardiovascular diseases.”

The American Heart Association advises alcohol in moderation as part of a healthy diet, which they say is no more than one alcoholic drink per day for women and two alcoholic drinks per day for men. These recommendations also apply to non-pregnant women and in cases where there is no risk to any existing health conditions, medication-alcohol interaction or personal safety and work situations. One drink is equivalent to 12 ounces of beer (5% alcohol); 5 ounces of wine (12% alcohol); or 1.5 ounces of 80-proof distilled spirits (40% alcohol). RGA