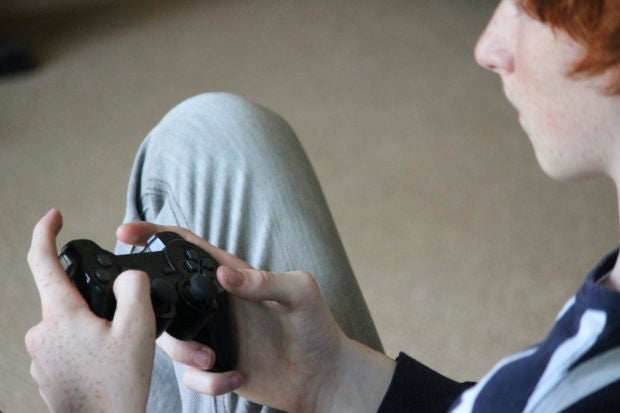 Video games have been seeing exceptional growth during the COVID-19 pandemic, which has shut down real-world activity and kept billions indoors. Image: mtreasure/Istock.com via AFP Relaxnews

You are facing a pandemic lockdown with no seeming escape.

But wait! You still have your marksman rifle for “Call of Duty” and the mysterious island on “Animal Crossing: New Horizons,” which awaits exploration.

Video games have been seeing exceptional growth during the COVID-19 pandemic, which has shut down real-world activity and kept billions indoors.

Evidence of the gaming surge was seen in strong results this week from Activision Blizzard, which said an average of 102 million people played its games such as “Call of Duty” online monthly the first quarter of this year.

The company reported growth in titles such as “Overwatch,” “World of Warcraft” and the popular color-matching smartphone game “Candy Crush.”

“They’re gaming so much they are wearing out their devices,” said analyst Ted Pollak of Jon Peddie Research.

A report by Futuresource Consulting called gaming “the shooting star of the entertainment industry,” which is expected to grow its share of the sector to 36% by 2023 from 31% last year.

“Following a record-breaking year in 2019, with gaming software generating $143 billion of consumer spend, the industry is now poised for further growth, with captive audiences worldwide acting as a catalyst.”

NPD analyst Matt Piscatella said sales of the Nintendo Switch gaming console doubled in March compared with a year earlier, with many of those users playing games like “Animal Crossing: New Horizons,” the fifth of the franchise that takes people to explore a deserted island.

“Existing gamers have more time to spend because of the lockdown, and schoolchildren are at home,” said Futuresource analyst Morris Garrard.

“We were expecting the console segment to see a dampened year as a result of people putting purchases of software and hardware ahead of (new) console releases. But with people stuck at home, you have a massive base of existing content that people are engaging with.”

The research firm has boosted its forecast for mobile gaming, now expected to grow 12% worldwide, helped in part by the deployment of fast fifth-generation, or 5G, wireless networks in some parts of the world.

Games for all ages

The lockdown gaming craze appears to be luring people of all ages.

Young children are turning to titles such as Roblox, which allows for creative, user-generated experiences.

The older crowd is using online versions of the Chinese tile game Mah-Jong, part of what marketers call the “gray gamer” phenomenon.

“It’s a substitute for meeting up with friends and playing games face-to-face.”

Garrard said that in China notably, there has been a pronounced boost in online Mah-Jong play.

The latest trends are helping gaming firms weather an economic slump caused by the pandemic.

Nintendo, for example, doubled its ad spending on US television in the March-April period compared with a year ago, according to research firms.

But e-sports—the spectator segment of gaming—appears to be suffering as a result of the inability to hold in-person tournaments.

Some competitions are still being organized by private clubs and groups.

Gamers have more options than in past years with streaming play from Google’s new Stadia—which has offered two months of free service—and Apple Arcade for smartphone play.

After the pandemic, gaming is expected to stay strong as people get attached to titles and player communities. Pollak said he thinks people will acquire a taste and look for new titles as they are released.

“It is reasonable to expect some delays in new games,” he noted, referring to teams of game makers being among the ranks of those working remotely instead of in offices.

But the analyst added that he expects “a pent-up demand” for new titles and that “when new games come out, they should do better than ever.” CL /ra