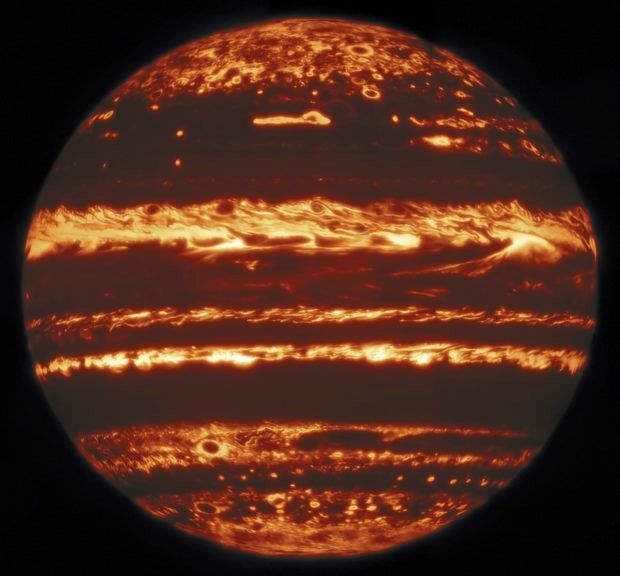 Astronomers have captured one of the highest resolution photos of Jupiter taken from Earth through a technique called “lucky imaging.”

The said technique involves taking “very short” exposure images in infrared of the planet and only using the sharpest ones, when the Earth’s atmosphere is stable. The Gemini Observatory included one of the final images in a statement on its site last Thursday, May 7.

The said picture was made using the Gemini North telescope on Hawaii’s dormant volcano Mauna Kea. It also shows the warm, deep layers of the planet’s atmosphere glowing through its cloud cover, making it appear like a jack-o-lantern.

“The Gemini data were critical because they allowed us to probe deeply into Jupiter’s clouds on a regular schedule,” said Michael Wong of University of California, Berkeley, who led the research team.

He added that the new images rival “the view from space.” The new information also confirmed that the dark spots in Jupiter’s “Great Red Spot” are actually gaps in its cloud cover, and are not caused by cloud color variations.

The images are part of a multi-year program between the observatory and the Hubble Space Telescope to support NASA’s mission to Jupiter called Juno. JB