Amazon could be next virus hot zone, says scientist 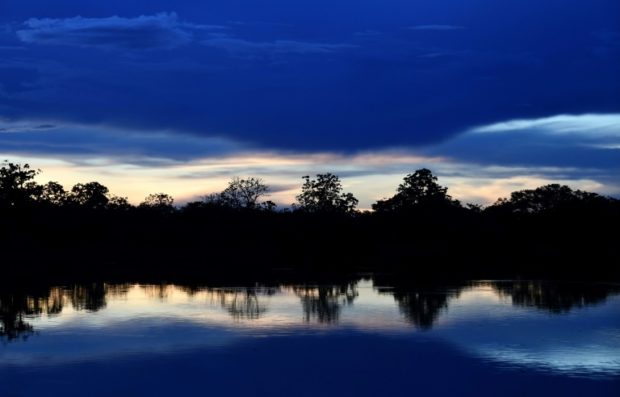 The next pandemic could come from the Amazon rainforest, warns Brazilian ecologist David Lapola, who says human encroachment on animals’ habitats — a likely culprit in the coronavirus outbreak — is soaring there because of rampant deforestation.

Researchers say the urbanization of once-wild areas contributes to the emergence of zoonotic diseases — those that pass from animals to humans.

That includes the new coronavirus, which scientists believe originated in bats before passing to humans in China’s rapidly urbanizing Hubei province, probably via a third species.

Lapola, 38, who studies how human activity will reshape the future ecosystems of tropical forests, says the same processes are in play in the Amazon.

“The Amazon is a huge reservoir of viruses,” he told AFP in an interview. “We’d better not try our luck.”

The world’s biggest rainforest is disappearing at an alarming rate.

The trend is continuing this year. From January to April, 1,202 square kilometers were wiped out, setting a new record for the first four months of the year, according to data based on satellite images from Brazil’s National Space Research Institute (INPE).

That is bad news, not just for the planet but for human health, said Lapola, who holds a PhD in earth system modeling from the Max Planck Institutes in Germany and works at the University of Campinas in Brazil.

“When you create ecological disequilibrium… that’s when a virus can jump” from animals to humans, he said.

Similar patterns can be seen with HIV, Ebola and dengue fever — “all viruses that emerged or spread on a huge scale because of ecological imbalances,” he said.

So far, most such outbreaks have been concentrated in South Asia and Africa, often linked to certain species of bats.

But the Amazon’s immense biodiversity could make the region “the world’s biggest coronavirus pool,” he said — referring to coronaviruses in general, not the one behind the current pandemic.

“That’s one more reason not to use the Amazon irrationally, like we’re doing now,” he said.

And one more reason to be alarmed by the surge in deforestation by illegal farmers, miners and loggers, he added.

Bolsonaro, a climate-change skeptic who wants to open protected indigenous lands to mining and agriculture, deployed the army to the Amazon this week to fight deforestation, in a rare protective move.

But Lapola said he would rather see the government reinforce the existing environmental agency, IBAMA, which has faced staffing and budget cuts under Bolsonaro.

“I hope under the next administration we’ll pay more attention to protecting what may be the planet’s greatest biological treasure,” Lapola said.

“We need to reinvent the relationship between our society and the rainforest.”

86.7% of coronavirus cases in PH are mild–WHO