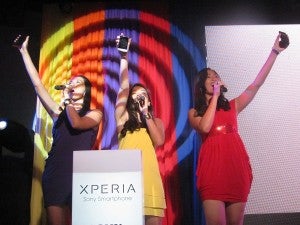 MANILA, Philippines—Every smartphone user has experienced straining their eyes while trying to watching a movie on their phone’s miniscule screen and wished they could view it on the television.

Sony has granted that wish with the launch of their Xperia Series Smartphones, which are all capable of connecting to other Sony devices such as televisions, tablets and laptops.

The four new smartphones from Sony that were launched Wednesday are the Xperia S, Xperia U, Xperia P and the Xperia sola. Each has its own unique features.

All four have the capability to connect to Sony devices such as their Bravia line of TVs, their Vaio laptops and tablets through DLNA (Digital Living Network Alliance), a wireless network that can connect devices.

The flagship smartphone in the Xperia series is the Xperia S that runs on Android. It has a 4.3-inch High-Definition (HD) 1280×720 resolution screen and a front 720p and back 1080p HD cameras. This smartphone can be connected with Sony Bravia TVs for larger HD movie watching.

Xperia S will feature Sony’s Exmor R technology that allows the phone to be ready to take pictures in just 1.5 seconds from standby mode, giving the user enough time to capture any moment as it happens. 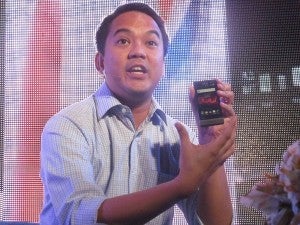 Xperia P features the new WhiteMagic display technology that “delivers the brightest viewing experience even under direct sunlight,” Sony said in their statement. WhiteMagic also “automatically adjusts the brightness of the screen to [match] the surroundings to conserve battery life.”

Xperia P will have a 4-inch display and 8 megapixel camera that can record HD videos as well as capture 2D and 3D panoramic images.

Audiophiles will delight in the Xperia U’s xLoud technology and surround-sound features that are integrated in the music player. It can also be connected to wireless speakers for better and louder sounds.

Xperia U has a 3.5-inch display and a 5 megapixel camera capable of HD recording and capturing 2D and 3D panoramic images.

The fourth smartphone, Xperia sola, features a unique new technology developed by Sony that allows the user to navigate the web even without actually touching the screen. The new “floating touch technology” works by hovering the user’s finger a few millimeters from the screen to select a link, after which it will be highlighted and selected with a simple tap.

Xperia sola has a 3.7-inch display, a 5 megapixel camera capable of HD recording, as well as the xloud and surround sound technologies.

The Xperia smartphone are all powered by dual processors and incorporate a human-centric design, Vince dela Cruz, Sony’s Product Group marketing manager, said during the launch.

Xperia S is already available in all Xperia Concept Shops nationwide while the others will become available in the next two months.