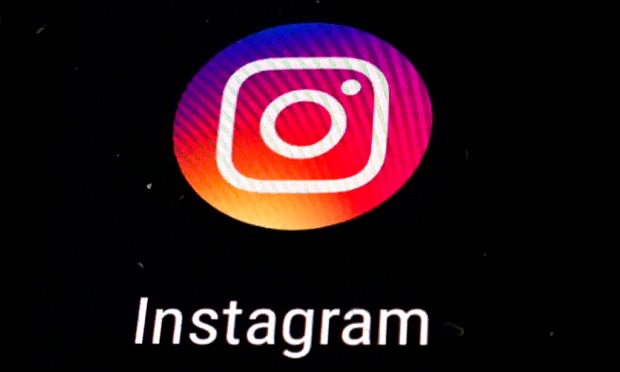 NEW YORK — Though Black Out Tuesday was originally organized by the music community, the social media world also went dark in support of the Black Lives Matter movement, joining voices around the world outraged by the killings of black people in the U.S.

Instagram and Twitter accounts, from top record label to everyday people, were full of black squares posted in response to the deaths of George Floyd, Ahmaud Arbery and Breonna Taylor.

Most of the captions were blank, though some posted #TheShowMustBePaused, black heart emojis or encouraged people to vote Tuesday with seven states and the District of Columbia are hosting the largest slate of presidential primary elections in almost three months.

Rihanna, Alicia Keys, Radiohead, Coldplay, Kelly Rowland, Beastie Boys and were among the celebrities to join Black Out Tuesday on social media.

“I won’t be posting on social media and I ask you all to do the same,” Britney Spears tweeted. “We should use the time away from our devices to focus on what we can do to make the world a better place …. for ALL of us !!!!!”

Spotify blacked out the artwork for several of its popular playlists, including RapCaviar and Today’s Top Hits, simply writing “Black lives matter.” as its description. The streaming service also put its Black Lives Matter playlist on its front page, featuring songs like James Brown’s “Say It Loud — I’m Black and I’m Proud,” N.W.A.’s “(Expletive) the Police,” Sam Cooke’s “A Change Is Gonna Come” and Childish Gambino’s “This Is America.”

The opening pages of Apple Music and iTunes focused on supporting Black Lives Matter, and SiriusXM said it will be silencing its music channels for three minutes at 3 p.m. EDT in tribute to “all of the countless victims of racism.”

The company said it “will continue to amplify Black voices by being a space where Black artists showcase their music and talents, and by carrying the message that racism will not be tolerated.”

Some on social media questioned if posting black squares would divert attention away from posts about the Black Lives Matter movement.

“this is the 4th completely different flyer i’ve seen for it,” Grammy-nominated singer Kehlani tweeted about Black Out Tuesday. “”this is the only one without the saying go completely silent for a day in solidarity. the messages are mixed across the board and i really hope it doesn’t have a negative effect.”

When musician Dillon Francis posted that the hashtag for Black Lives Matter was blank on Instagram because users were posting black squares, rapper Lil Nas X responded with: “this is not helping us. bro who the (expletive) thought of this?? ppl need to see what’s going on.”

Emma Watson posted three white squares followed by three black squares with captions reading #blackouttuesday and #amplifyblackvoices on her Instagram account to show her support Tuesday. But she was heavily criticized, and began to trend on Twitter, for adding white borders around her black squares to match the aesthetic of her Instagram page. Others called the actress out for speaking out too late about Black Lives Matter and for not including links to guide users on where they can learn more information about the cause or donate to it.

Several music releases and events were postponed as a result of Black Out Tuesday. Interscope Geffen A&M Records said it would not release music this week and pushed back releases from MGK, 6lack, Jessie Ware, Smokepurp and others. Chloe x Halle said its sophomore album will come out June 12 instead of Friday, while the group Glass Animals postponed the Tuesday release of its new single “Heat Waves.” Instead of being released Wednesday, singer Ashnikko will drop her song “Cry” and its video on June 17.

A benefit for the Apollo Theater will take place Thursday instead of Tuesday, and South by Southwest postponed an event planned with Rachael Ray.

“At SXSW we stand with the black community and will continue to amplify the voices and ideas that will lead us to a more equitable society,” the company said.