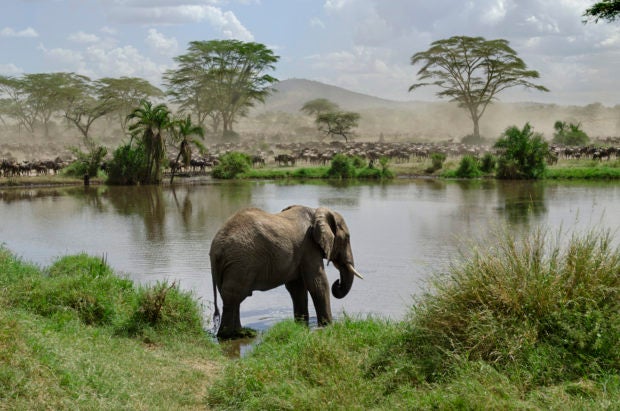 A pregnant wild elephant died after eating a pineapple which was filled with firecrackers in Malappuram, India.

The 15-year-old animal was believed to be looking for food for its calf in the said place last Wednesday, May 27, as per The New Indian Express yesterday, June 2. The firecracker-filled fruit was allegedly used as a trap to capture wild boars in forests.

A forest officer from Nilambur, Mohan Krishnan, first spoke about the injured animal on Facebook, being part of the Rapid Response Team tasked to rescue her. Krishnan spotted the elephant standing in the Velliyar River.

Upon finding out about the animal’s condition, other forest officials brought in two Kumki elephants, named Surendran and Neelakantan, to help pull the injured mother back to shore.

However, the animal had ended up passing away before she was able to reach land again. According to the report, she was transported back to the Silent Valley National Park in Palakkad where it originally belonged.

Following her death, Dr. David Abraham performed an autopsy on the deceased animal. He discovered that she had died due to asphyxia, where water had managed to leak into her lungs and trachea.

He also noted that it was evident from his first observation that the elephant would not have survived the incident.

“I have so far done more than 250 postmortems of elephants alone in my more than two decades career. But this was the first time I was so moved as I could hold the [fetus] of the baby in my hands,” the doctor was quoted as saying.

“Initially, none of us was aware that the elephant was pregnant,” he added. “After I had seen its heart and then happened to see the amniotic fluid did I realize that it’s pregnant.”

The mother would have given birth to her calf in about 22 months if it had survived, as per report. Samuel Pachuau, wildlife warden at the park, assured that an investigation into the incident is already underway.

“We have increased our intelligence networking as well as boundary patrolling as the incident has happened between the park (which is on the buffer zone) and the plantation areas,” he explained.

Meanwhile, another forest official stated that other elephants have also lost their lives due to similar traps with firecrackers. As per report, hunters often use this tactic to avoid destroying the wild boars’ vegetation while trying to catch them. Ryan Arcadio/JB