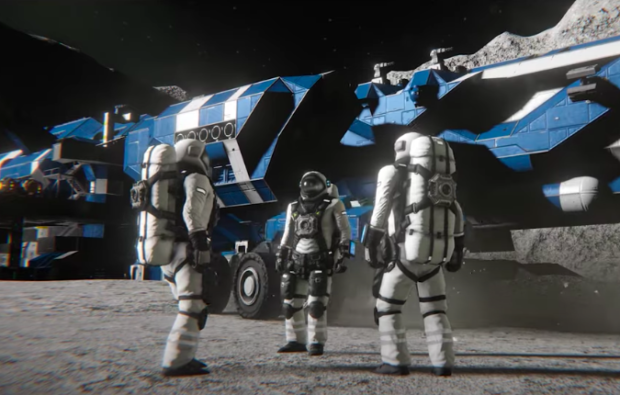 Feeling inspired by NASA’s late May launch of the SpaceX Crew Dragon spacecraft towards the International Space Station? These three games look to replicate the experience of designing and flying space rockets, space stations, and even lunar or planetary explorations.

Silly aliens trying to leave their home planet meet technical engineering and realistic physics in “Kerbal Space Program” which is, under the excitement and the explosions, all about rocket science.

What do you do when you get bubbly extraterrestrials into space? Try to land them on another planet, of course! A sequel is expected late 2021, though it is being developed by a different studio. “KSP” designer Felipe Falanghe is now working on “Balsa Model Flight Sim”, which enters an Early Access public development program mid-2020.

Another extremely popular entry point to space exploration, there’s more sci-fi involved in “Space Engineers” — it’s set around 60 years into the future — but it does get us thinking about how to survive in an environment that does not naturally support the sort of life we are built for.

Here, creativity and exploration depend upon not just engineering (as the title might suggest) but also maintenance, construction, and resource gathering. Hugely expanded from its original focus, there’s not just space stations and asteroid mining but now also surface colonization.

Another rocket science option, this time without the cute and cuddly Kerbals, but focusing on custom rocket builds, engine designs, procedural part design, orbital flight, and a nifty fast-forward option that takes the wait out of interplanetary travel.

Recent updates include a visual programming tool for task automation, custom planetary systems, plus surface exploration — though distinct from “Space Engineers”, the emphasis here remains on currently available technologies. The original “SimpleRockets”, which is in 2D rather than 3D, is also available on Android, iOS, Mac and PC as a simpler take on the “Kerbal” experience. IB