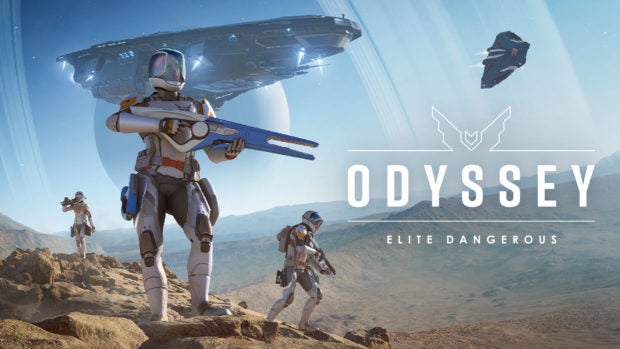 The exploration, trading and combat of “Elite Dangerous” is being augmented through the addition of on-foot transport.

At first limited to space flight and then enhanced through land vehicles better suited to planetary surveys, players will be able to take a more pedestrian option in early 2021 expansion “Elite Dangerous: Odyssey”.

The 2014 game received land vehicle options in 2015 and, just when one might think British studio Frontier Developments might be thinking of an “Elite Dangerous 2”, this next giant leap surely takes the current title into PlayStation 5 and Xbox One territory.

Sony and Microsoft’s new consoles launch in late 2019 and both, to one extent or another, have emphasized backward compatibility with a selection of existing PlayStation 4 and Xbox One games.

The “Odyssey” expansion also brings with it first-person shooting, publicly accessible social hubs throughout the simulated Milky Way galaxy and a variety of mission contracts that allow for diplomacy, trading, stealth and combat.

“Elite Dangerous” follows a number of other titles in letting players roam free on foot after first launching them into the far reaches of space.

Set in the comparatively near future, 60 years rather than 1,286 years ahead of the present day, “Space Engineers” added planetary exploration via foot and vehicle in one fell swoop through an audacious 2015 update.

“Eve Online,” on the other hand, saw “Dust 514” rolled out in 2013 as a first person shooter companion to its massively multiplayer main attraction, though closed it down three years later. IB