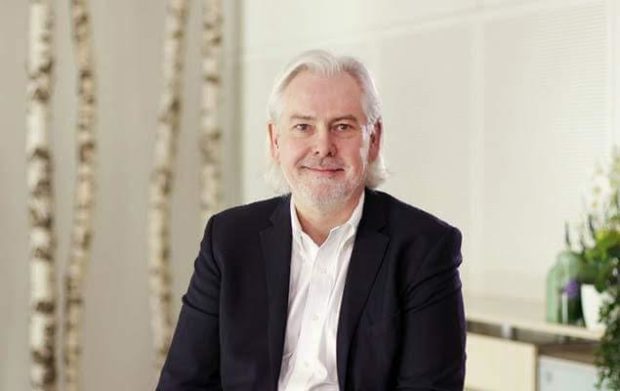 Fact-based approach and transparency is the key when introducing disruptive technology as the public tend to doubt innovations they have limited understanding of, according to a top executive of Philip Morris International (PMI).

Referring to PMI’s introduction of reduced-risk nicotine products, Olczak said: “The bar for us is very much higher to be very transparent. If we know about a new product and what this product can offer to the population at large, this requires more effort on our side. Transparency is the key.”

He acknowledged that the “trust-building component is a long journey, but is worth taking because we have a great objective to achieve.”

PMI encourages adult smokers who would otherwise continue to use tobacco or nicotine containing products to switch to reduced-risk, smoke-free alternatives, such as heated tobacco products (HTPs) and electronic cigarettes.

“It is a very legitimate objective to replace combustible tobacco smoking with better alternatives,” Olzcak said.

In its aim to provide solutions to smoking-related health problems, PMI continues to conduct researches and come up with innovative products. To date, PMI “have generated more than 300 peer-reviewed publications about our science,” which Olczak said are open for scientists, regulators and the public to verify.

“In our case, when we are talking about reduced-risk products, we transparently share our methodologies and findings that are subject to review by scientists who are independent. They can go and verify our science,” he said.

In 2019, PMI launched “Unsmoke Your Mind” campaign to open up dialogue and debate around the global public health issue of smoking. It invites interested parties to have a conversation based on the evidence about smoke-free alternatives, rather than relying on misconceptions and misinformation.

“Whether there is good or bad news, you need to disclose it. It is much easier to lose the trust than build the trust,” he noted.

Answering the question “why PMI’s science should be trusted?”, Olczak said, “I always reply that science doesn’t belong to anybody. The fact that someone else produced science should not be a reason for ignoring the science. Don’t discard the science just because it came from a different source. You have to be very transparent, as I believe we are. It is the only way to move forward.”

Ignoring the results of an industry-sponsored research delays “the progress of innovation and the potential good that may come out of the science,” he added.

Olzcak acknowledged that people can be skeptical with new products and technological disruptions particularly when they have limited understanding of it, such as with steam engine, TV antennas and 5G network when they were introduced.

“In business, you have always these ‘idea-killer types of phrases’ which usually has emotional load and one of these is ‘I don’t trust you.’ It doesn’t really move the conversation forward. They can kill any project,” he said.

“It is my job as the leader in the organization that rather than stay in this territory of doubt and ‘I don’t trust you,’ I think about what I can do for the project. I think this is the philosophy that we try in Philip Morris. This is a universal philosophy that any business undertakes,” he said.

PMI sees the value of dialogues with stakeholders and policy makers to address misinformation. “Rather than rely on conventional wisdom because that is the easiest path, our company, PMI, is doing a lot of efforts to talk to various institutions, government agencies. We spent more than three years in dialogue with the Food and Drug Administration in the US,” Olzcak said.

“On one hand, people say some of these processes are very slow. That’s presumably the time they needed to get the comfort around the decision they are making by allowing the product to the market or not which we have to live with. I think it is quite normal when you are confronted with something new. You don’t know what it is and you doubt and you don’t have trust. It is the nature of human. Then you need to show empathy and be prepared and try to help them change their opinion and accept your facts,” he said.

Olzcak said there will always be a doubt because “science is never 100-percent conclusive. It is based on the methods and applications which we know today. This is continuously evolving.”

The virtual event was moderated by Christopher Clague, managing editor for Asia and global editorial lead of The Economist.