Playing hard to get could help you get a date, says new study 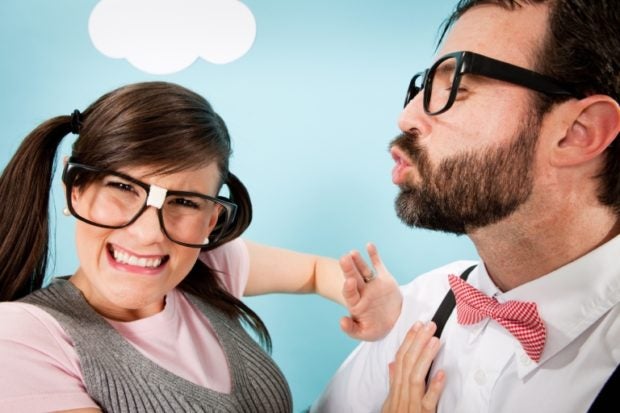 New United States research has found that playing hard to get might be one of the riskier tactics used in dating, but it could actually help you snag a partner.

Carried out by a team from the University of Rochester along with the Israeli-based Interdisciplinary Center Herzliya, the new study recruited 192 women and 182 men and split them into three different studies which looked at their interactions with the opposite sex.

In one of the three situations, the participants were asked to interact with online profiles which made a potential date look either hard to get or easy to attract; in the second they had to answer a list of questions which suggested how much effort they would make to pursue a potential partner; in the third, the participants were asked to interact with potential partners via Instant Messenger in a chat, so the researchers could see how much effort they made to pursue potential dates, and whether playing hard to get would have an effect on this effort.

Participants were also asked to rate the extent to which they felt the other person, who was actually a study insider, was hard to get, their perceptions of the person’s “mate value,” and their desire to engage in sexual relations with this person.

The findings, published in the Journal of Social and Personal Relationships, showed that people who were perceived as being hard to get were also thought to have a greater mate value.

Although the researchers explain that there is a basic human trait that psychologists have called “reciprocity of attraction,” which means that we tend to like people who also like us, playing hard to get is a tactic which can signal our “mate value” by, for example, suggesting that we are selective in our partner choices.

“People who are too easy to attract may be perceived as more desperate,” explains co-author associate Prof. Girit Birnbaum. “That makes them seem less valuable and appealing, than those who do not make their romantic interest apparent right away.”

“We all want to date people with higher mate value. We’re trying to make the best deal we can,” added co-author Prof. Harry Reis.

Reis also added that this tactic doesn’t always work. “If playing hard to get makes you seem disinterested or arrogant,” he says, “it will backfire.”

To try and prevent the approach backfiring, Birnbaum suggests showing initial interest in potential partners so you don’t alienate them, but also don’t reveal too much about yourself. People are “less likely to desire what they already have,” she explains, recommending that we create “a sense of anticipation and a desire to learn more about the other person.”

The researchers also add that to increase the effectiveness of playing hard to get as a dating strategy, potential dates have to feel that their efforts will eventually pay off. JB