What’s trending in tech? A robot arm that can punch through walls 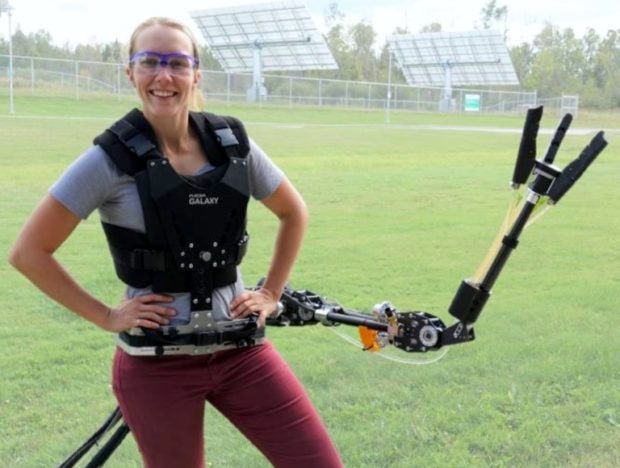 Over the past 24 hours, mobile device news gained the most attention in Google Search’s trending tech topics.

While reported on last week by IEEE Spectrum, the wearable robotic arm that is so powerful it “can smash through walls” is gaining steam this week. The remote-controlled, hydraulic robotic extremity was designed by researchers at the Université de Sherbrooke in Canada to function as a third arm to “help you with all kinds of tasks while also being able, should you feel the need, to smash through walls.”

On Tuesday, Forbes reported that about 500,000 computers have been infected with a ransomware, called Stop DJVU, that has around 150 variants. According to the media, “Unsuspecting victims wind up with folders full of unusable files, encrypted with Stop DJVU and held for ransoms of nearly $1,000 (almost P50,000). The bad guys ‘generously’ offer a 50% discount to those who pay quickly.” Fortunately for a large percentage of attack victims, however, the damages caused by this ransomware can be undone with a free tool created by Emsisoft.

Also on Tuesday, a rumor was published to Twitter by Jon Prosser from Front Page Tech stating that Samsung’s next virtual Unpacked event will take place on Aug. 5; the Galaxy Note 20, Galaxy Fold 2 and ZFlip 5G are all expected to be announced and later launched on Aug. 20. Alongside these devices, the Samsung Galaxy Tab S7 and S7+ are also expected to be introduced. JB

The joys of sleeping with an Android