technology / Internet
Internet
Senator says 'internet in Laos, Cambodia, Myanmar faster than that of the PH's' 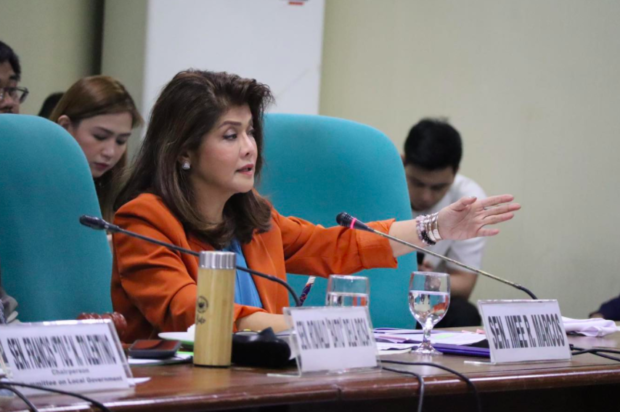 MANILA, Philippines — Senator Imee Marcos on Wednesday called on the Department of Information and Communications (DICT) to “step up to the call of the times” as she flagged what she said was the seeming lack of urgency in improving the slow internet speed in the country.

In a statement, Marcos said the DICT should ramp up efforts to improve internet service as the country shifts to digital means that could keep life going amid the coronavirus pandemic.

She said the government’s success in contact tracing, online education, e-commerce and e-jobs, as well as crime-busting and future elections would “depend greatly on reliable digital infrastructure.”

Marcos, chair of the Senate economic affairs, stressed that digital infrastructure should also receive the same attention as public works and transportation projects under the government’s “Build, Build, Build” program.

“Let’s level up, DICT! The Philippines is Asia’s laggard when it comes to internet speed, at only 3.5 mbps. Upgrading the country’s digital capacity is urgent and long overdue,” the senator said.

“Whatever happened to the entry of a third telco player? The public eagerly awaits an update on the timelines of DICT’s programs,” she added.

Citing data from the Ookla Net Index, Marcos noted that internet speed in smaller neighboring economies like Laos, Myanmar and Cambodia is faster than in the Philippines.

Meanwhile, internet speed in highly developed states like Singapore and Hong Kong are 19 to 22 times faster that the Philippines, she added.

“A robust digital economy is our hope for a post-COVID future! Slow internet speed plus limited online access equals a sluggish economy and a sorry standard of living, more so for local government units in more remote areas of the country,” the senator said.