Diego, the tortoise who saved his species from extinction, finally released to the wilds 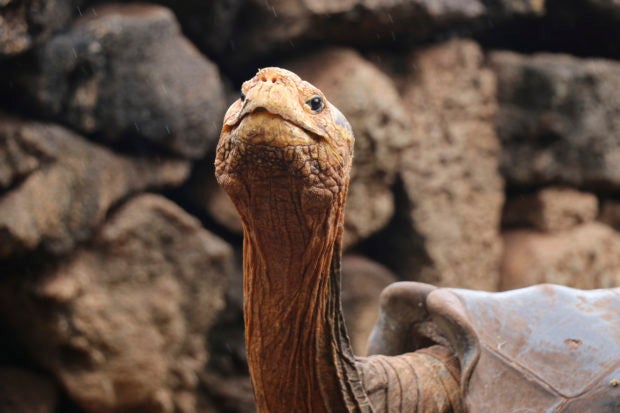 The Galápagos tortoise Diego, famous for saving his species from extinction with his sex drive, has returned home to the wilderness of Ecuador.

Diego has finally received his well-deserved retirement after decades of mating with several female tortoises under a breeding program that started in the 1960s, as per BBC yesterday, June 16.

He is joined by 14 other male tortoises as he returns to their native island of Española, where Diego’s species – the Chelonoidis hoodensis – can only be found.

Diego, through his internet-famous libido, was able to father an estimated 40% of the 2,000 giant tortoises alive today in the island. Around 50 years ago, Española only housed two male and 12 female tortoises.

Diego was then taken from California’s San Diego Zoo, in an attempt to join the others and repopulate the nearly-extinct species back in 1976, the report said.

Galápagos National Parks service believes that Diego was in the said zoo back then because he was brought there by a scientific expedition during the early 20th century, the report said.

“We close an important chapter in the management of @parquegalapagos,” said Paulo Proaño Andrade, environment minister of Ecuador, as per his statement on Twitter on June 15. “[Fifteen] Española tortoises, including Diego, return home after decades of breeding in captivity and saving their species from extinction. Your island welcomes you with open arms.” Ian Biong/JB

Scientists to search for relatives of extinct Galapagos tortoises