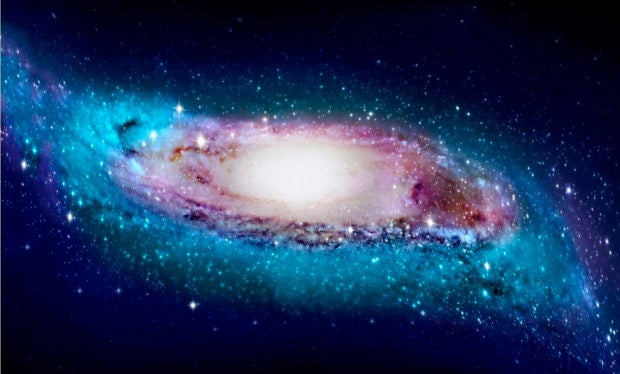 Given the incomprehensible size of the universe, one cannot really disregard the possibility of alien life existing beyond our own planet. Now, scientists have researched not only the probability of their existence, but they are also trying to answer just how many are out there.

Scientists from the University of Nottingham in the United Kingdom suggest that at least 36 communicating extra-terrestrial intelligent (CETI) civilizations inhabit our own galaxy, after conducting a study based on recent astrophysical information.

They said their assumptions are derived from how intelligent life came to be on Earth. The scientists shared their findings through the study titled “The Astrobiological Copernican Weak and Strong Limits for Intelligent Life” published in The Astrophysical Journal on June 15.

“In this paper we reexamine the likely occurrence rate of CETI, under two different assumptions. The first, which we call the Weak Astrobiological Copernican scenario, is that intelligent life can only form on an Earth-like planet in a habitable zone after the star is at least 5 billion years old — which mimics the amount of time it has taken to form such life on Earth,” the paper stated.

“The other situation we investigate – called the Strong Astrobiological Copernican scenario – whereby intelligent life forms around stars exactly in the same timescale as on Earth: between 4.5 and 5.5 billion years after formation,” the study further said.

To determine how many stars in the galaxy have the appropriate age to allow intelligent alien life, the said scenarios were investigated using the star formation history of the Milky Way, knowledge of stellar lifetimes and the properties of planets based on the National Aeronautics and Space Administration’s (NASA) Kepler mission.

In a series of tweets on April 9, one of the study’s two authors, professor of astrophysics Christopher Conselice, pointed out some key points. For one, he noted that if CETI civilizations do exist, the nearest would be 17,000 light-years away.

“The bad news is that this civ would be 17,000 light-years away, making communication and detection impossible. This is also most likely hosted by an M-dwarf star, with an almost zero chance of a solar-type host. Should we carry out SETI then?” he said.

“Yes, because if we find comm. civs closer than this (statistically speaking) we would have some basis for knowing our own civilization’s [lifetime]. On the other hand, if we find nothing, then it is either bad news for us, or life is really unique and not a ‘process,'” he said in another tweet.

Yes, because if we find comm. civs closer than this (statistically speaking) we would have some basis for knowing our own civilization's life-time. On the other hand, if we find nothing, then it is either bad news for us, or life is really unique and not a 'process'. 5/n

Before coming up with the most likely number of CETI civilizations as 36, Conselice and co-author Tom Westby noted that their approach is re-derived from a “modern version of a Drake-like equation,” referring to the famous equation proposed by American astronomer Frank Drake in 1961.

The Drake Equation set down seven factors needed to come up with an estimated number of CETI civilizations, which included the average rate of star formation in our galaxy and the average number of planets that may develop an ecosystem, among others. JB