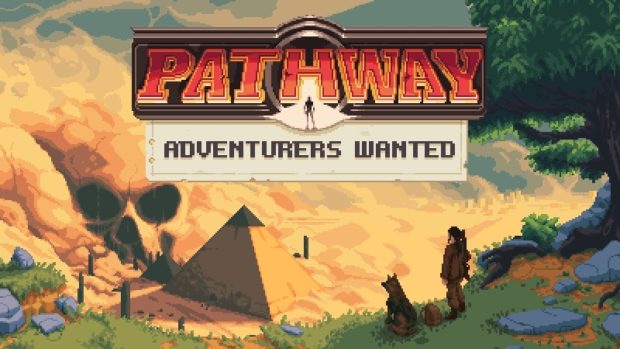 In “Pathway”, turn-based strategy, 1930s tensions and the search for otherworldly power intersect. Image: courtesy of Robotality via AFP Relaxnews

Among free games caught in our net this week, “Pathway” is reminiscent of Indiana Jones’ escapades, “The Night Fisherman” puts us on a boat with a well-armed self-appointed patrolman for a neighbor, and “Sentinels of the Multiverse” turns comic book heroics into a digital card game.

Read on for more on these and offers for “The Witcher 3”, the “Eye of the Beholder” trilogy, “Onyx Clad”, “Pokémon Café Mix” and the Steam Game Festival.

Free for a week on the Epic Games Store is 1930s strategic archeology adventure “Pathway” for Mac and Windows PC.

“The Escapists 2” (PC) was likewise expected but, at the time of writing, currently delayed as Epic works behind the scenes on a related issue.

Also on GOG, and as part of an effort to introduce more people to its GOG Galaxy 2.0 multi-account dashboard service, those that register an existing copy of “The Witcher 3: Wild Hunt” through the client are eligible to receive a bonus GOG edition.

PlayStation, Xbox, Steam, Origin and Epic Games versions of “The Witcher 3” beget the same on GOG (expansions not included), while the Game of the Year package creates a GOTY edition.

While the Switch version isn’t included due to account integration issues, those that already do have “The Witcher 3” on GOG will receive a giftable code that they can give to someone else.

On Itch, whose phenomenal Racial Justice & Equality bundle was this week superseded by Humble’s Fight for Racial Justice bundle, we’d recommend checking out “The Night Fisherman”, part of the RJE collection, and free for the time being.

It’s about night fishing in the English channel and talking to a man with a gun.

Also on Itch is “Onyx Clad”, a military robot’s bullet-spraying five-hour pursuit of a rogue AI through the sci-fi multiverse. Too late to join the RJE bundle, its creator has made it free until June 30.

Before playing those, though, it might be worth taking advantage of the Steam Game Fest: Summer Edition and its 900 demos, plus assorted developer chats, livestreams and presentation.

“Spiritfarer”, “Garden Story”, “Skatebird” and “Haven” are all welcome returnees from previous Fests, with “Snowtopia”, “A Space for the Unbound”, “Growbot”, “Ghostrunner” and “A Monster’s Expedition” among our new highlights.

On iOS, Android and Switch, “Pokémon Café Mix” is a restaurant-running game that’s all about solving tile-matching puzzles. It’s designed as a free-to-play game so expect to be badgered to make various in-app purchases.

Finally, superhero card game “Sentinels of the Multiverse” is free on Android (via Google Play and Amazon) and iOS for a limited time in most (but not all) regions. It’s based on a physical card game, so if you don’t fancy the in-app purchases, consider the boxed copy instead.

Why is ‘Fortnite’ flooded? Chapter 2 season 3 may bring answers