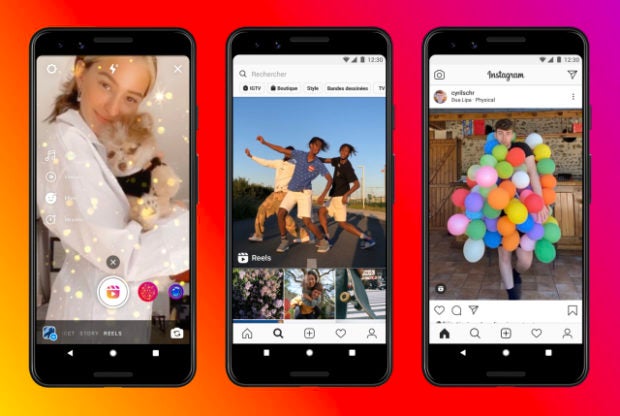 Instagram is testing a new feature, Reels, which allows users to easily create and quickly edit short music and comedy videos. The new functionality has a lot in common with the service offered by the social network’s competitor TikTok.

A tool kit for the creation of original content, Reels enables users to record and edit 15-second videos composed of multiple clips, diverse audio content, augmented reality effects and music from a vast library of tracks.

With Reels, Instagram is hoping to encourage the emergence of new talent, which it is intent on promoting on its platform. One of the particularities of the new format is that videos made with Reels can not only be shared via the social network, but also made public in a new dedicated space within the Explorer tab where they are visible to the entire Instagram community.

To work with Reels, Instagram users should click on the camera icon and scroll through the different creative options. The new format functions like a sequence of short clips, which are placed one after another. Users do not have to record all of their own video, they can also make use of other media that has already been saved in their galleries.

For the moment, the new format is being tested in France, Germany and Brazil. RGA

Over 320,000 used condoms being sold as new seized by police