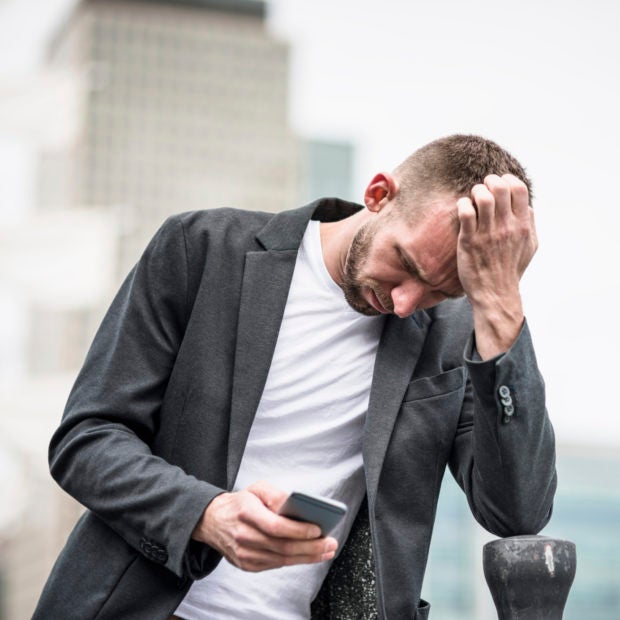 New research has found that work emails and messages in non-work time can increase stress. Image: franckreporter/Istock.com via AFP Relaxnews

New United States research has found that messages and emails about work after you’ve clocked off for the day can increase levels of negative thinking and stress.

Carried out by researchers at the University of Illinois at Urbana-Champaign, the new study recruited 546 full-time public elementary school teachers to measure how work could intrude in their after-work hours via technologies such as smartphones and emails.

The findings, published in the Journal of Organizational Behavior, showed that the participants who set boundaries between their work and personal lives, such as turning off work email alerts on their smartphones, perceived their work to intrude less on their non-work time.

The participants who had this greater “boundary control” were also less likely to negatively ruminate — which is repeated negative thinking which has been linked to health problems such as depression — whereas those who experienced a high work intrusion showed significantly more weekly strain including negative rumination, negative emotions and insomnia.

“Most people simply can’t work without a smartphone, tablet or laptop computer,” said researcher YoungAh Park. “These technologies are so ubiquitous and convenient that it can lead some people to think that employees have to be always on or always available. Clearly, this kind of after-hours intrusion into the home or personal life domain is unhealthy, and our research shows that an always-on mentality has a big downside in the form of increased job stress.”

Having a boss who supports a work-life balance was also found to help reduce work stress and strain.

“Our study suggests that school principals can play a positive role in that their support for work-life balance was associated with the teachers’ greater sense of boundary control. When you have supportive leaders who model behaviors for work-life balance and work effectively with employees to creatively solve work-life conflicts, that translates into less stress for teachers through boundary control,” said Park.

Although the study only looked at school teachers, the researchers say that the findings probably apply to most workers, especially now that more of us are working from home due to the COVID-19 pandemic.

“Teachers have set schedules in a physical building, along with discrete blocks of free time over the weekends. But even with this working population, we found that after-hours work intrusion via technology can be really stressful for them. So although this finding is particular to teachers, a class of employees who we tend to assume have clear work-life boundaries, it’s now an issue for everyone who is electronically tethered to their work after regular hours,” said Park. CL